Between March 29, 1906 and December 21, 1908, Baron Gustav Mannerheim conducted an expedition to the north and west of the Qing Empire (China). He took with him 490 kg of luggage, including a Kodak camera, photographic plates and chemical reagents and went on his fascinating journey. His way to the Qin Empire ran through the territory of modern Uzbekistan, Kyrgyzstan, Kazakhstan, Tajikistan. During the trip, Baron Mannerheim described and taked photos of the magnificent natural landscapes of Central Asia, the way of life and culture of local residents, as well as historical sights that have survived to this day.

The company “Elite Tours International” has carefully studied this route and wants to invite you to act as a researcher of Central Asia, but not in 20, but in the 21st century! You will be able to walk through all those places of Uzbekistan that once General Gustav Mannerheim was admired  and you can compare how life has changed over the last 111 years!

The route of the famous researcher in Uzbekistan began with the arrival on the Transcaspian railway in Bukhara through Zerafshan district, which was formed from the eastern part of the Bukhara khanate. Since the journey to Uzbekistan will begin with the arrival in Tashkent and the receipt of a visa at the international airport of Tashkent – our route will begin in Tashkent. Passage of green hall at the airport. Meeting with the guide. Check into a hotel. Light sleep.  Breakfast in the hotel. Full day sightseeing in new part of Tashkent: Chorsu bazar, Independence Square, Amir Temur Square, madrasah Kukeldosh.

Dinner at the national restaurant.

After an early breakfast at the hotel (05:00), we suggest you transfer by train Afrosiab to Bukhara at 07:30. At 11:40 you will arrive in Bukhara. For Baron Gustav Mannerheim, it was Bukhara who began acquaintance with the major cities of Uzbekistan. He arrived in Bukhara by the Trans Caspian railway.

Bukhara is one of the oldest cities in Central Asia, the city’s age exceeds 2500 years. At the time of Mannerheim visit to Bukhara, about 50 bazaars, 2 synagogues, 364 mosques were located in the city, and the population of the city was more than 150 thousand people.

After arriving in Bukhara, a delicious lunch awaits you in a real Bukhara tea house

13:00 Beginning of the sightseeing tour in Bukhara: “The Poi Kalon Complex” (The foot of the Great), The Kalon Minaret – the main symbol of holy Bukhara (XII c.). “The Kalon Mosque”, The Mir Arab Madrasa, the functioning madrasa, one of the most esteemed spiritual Islamic universities (XVI c.), “Toki Zargaron” – The cupola of jewelers. (XV-XVI cc.), The Ulugbek Madrasa – the first of the three madrasa, built by Tamerlane’s grandson Ulugbek (XV c.), The Abdulazizkhan Madrasa, The Abdullakhan Madrasa (1588-1590.), Imam Al-Bukhariy Madrasah, The MagokiAttori Mosque is the most ancient quarter mosque of Bukhara (XII c.), The masterpiece of Bukhara architecture, The Nodir Divan-begiKhanaka and Madrasah, which was used as an accommodation and mediation by Sufis (XVII c.).

During the dinner you can also enjoy the performance of the show of NodirDevanBegi in the ancient madrasah. You will get acquainted with national Uzbek dances and musical instruments

After breakfast at the hotel we invite you to visit the magnificent Sitora Palace of MohiKhosa – the residence of the last Bukhara emir. The name of the palace is translated as “Palace like the stars and the moon.” We suggest that you evaluate it and personally admire the unique exhibits that the museum-palace stores. Then you visit the ancient citadel Ark, which was a symbol of the greatness of ancient Bukhara. After lunch we invite you to continue the path of the great traveler and go to Samarkand by train “Shark”.

Samarkand has always been considered the pearl of the East, it was founded in the 8th century BC and was the center of the state of Sogdiana and was one of the main citiesof the great Silk Road. In 1888, the Trans Caspian railway was brought to the railway station of the city, according to which baron Mannerheim arrived in Samarkand and on which you will arrive in Samarkand.

Dinner at the national restaurant

We suggest you to make a tour of these historical sites: Gur Emir Mausoleum, Registan, BibiKhanum Madrasah then you will be delighted by the charm of oriental Siab bazaar. After lunch SS in ShakhiZinda Necropolis and Ulugbek’s observatory.

From Samarkand, Mannerheim left with two Cossacks to Tashkent, then through Andijan to visit Osh. Continue SS in Samarkand till transfer to the railway station. Train “Afrosiab” departs Samarkand at 17:00 and arrives in Tashkent at 19:10. Transfer to dinner, then transfer to the hotel for rest.

After lunch, you will be transferred to the Fergana Valley through the Kamchik mountain pass (5 hours).

Kamchik is a mountain pass located in the east of Uzbekistan, in the north it borders with Kyrgyzstan, in the south – with Tajikistan. The pass is the only land route for cars between the Tashkent region and the Pap District of the Namangan region of the Fergana Valley, which begins immediately after Angren district.

After breakfast at the hotel we suggest you to visit the city of Margilan, where you can visit the Yodgorlik factory and get acquainted with the traditional national Uzbek fabrics.

Then you will visit the city of Andijan – the last stop of Baron Mannerheim in Uzbekistan, where he procured the necessary equipment and then went to Osh.

In Andijan, you can walk through the central bazaar, where Mannerheim in due time made purchases for his travel.

Then you will return to Tashkent

Continue sightseeing in Tashkent. The guide will meet you at hotel lobby to begin the sightseeing tour along the Old Tashkent. In the Old part of the city – Khast-Imam you will visit Tilla Sheikh Mosque, where the famous Koran of Caliph Othman is preserved, Barak Khan Madrasah (XVI century), the Mausoleum of St. Abu Bakr Kaffal Shashi, and the Islamic Institute named after Imam al-Bukhari. Then free time in one of the oldest bazaars of the city “Chorsu”, where you can buy a variety of sweets and souvenirs.

Breakfast in the hotel. Transfer to the international airport. 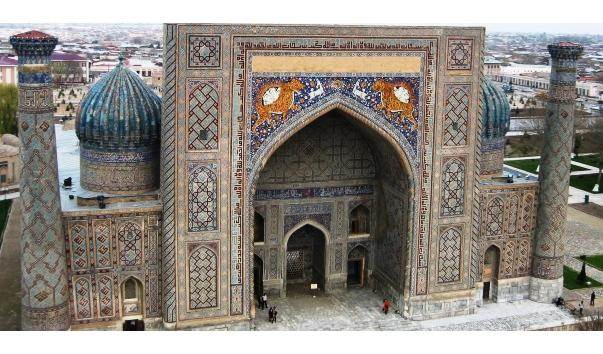 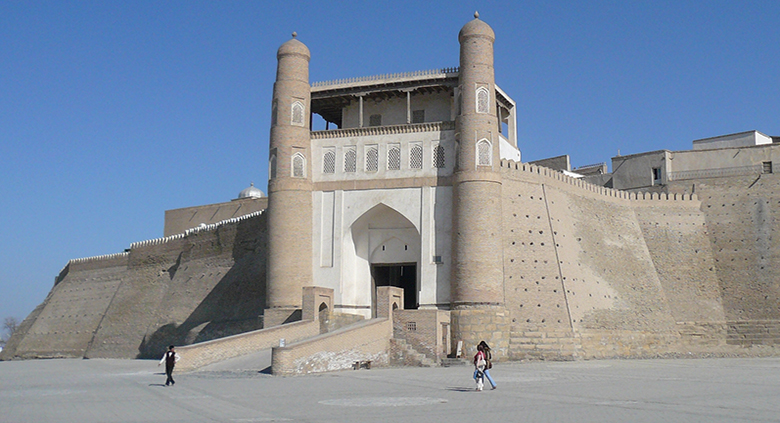