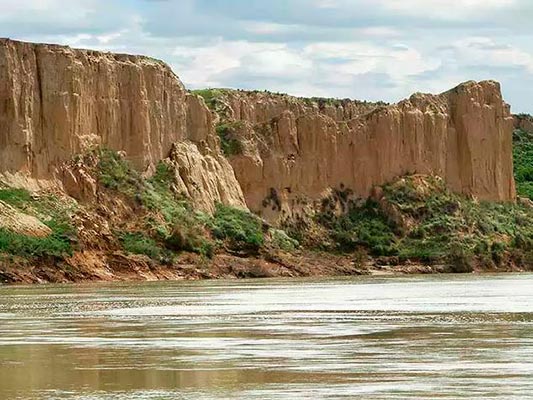 People wishing to get acquainted with one of the largest oases of the Tashkent culture should go to the right bank of the Syr Darya. Here, at eighty kilometers from the capital, are the ruins of an ancient settlement. Historians managed to establish the approximate age of the finds – the first century AD. Some historical records indicate that the settlement is directly related to the name Benaket-Shohruhiya.

The history of the archaeological research of the settlement

The first attempts to study this place, surrounded by a large number of various legends and stories were made in 1876, when two well-known at that time ethnographers and archaeologists arrived. Next professional expedition came here in 1913. J. Castanet was entrusted to lead the expedition. By 1966, the country’s scientific community had been able to gather enough data needed for the official inclusion of the monument in the archaeological circuit of Tashkent region.

With the appearance of the settlement on all the archaeological maps of the country, excavations, divided into two periods started. The first period dates from 1973 to 1974; the second period refers to the interval between 1978 and 1998.

Subsequent archaeological expeditions were able to identify many facts:

Features of the structure of the ancient settlement

As a result of studies of ancient cartographic materials it was possible to establish that the territory of rabad resembled in its shape a conventional horseshoe. Throughout the history of the settlement, it was steadily enlarged towards the north or east. In the eastern part of the ancient city a huge quarter was formed, where manufacturers of ceramic products lived and worked from the ninth to the twelfth centuries. Numerous canals and the central municipal street were natural boundaries of this zone. Multiple archaeological finds were made in the quarter, such as special pottery kilns with a different structure:

The northern part of the inner city also proved rich in a variety of objects used for the production of various goods and household items:

Today, there is plenty of historical evidence that the weaving workshops of that settlement could fully compete in quality with Turkish producers. All the goods produced in these workshops were actively sold in a large market square, which was located in rabad. According to many historians, in the central part of the trading square there located a Friday mosque.

More recent archaeological excavations in this area have helped to discover a variety of kilns, the size of which significantly exceeded the parameters previously used. For example, such kilns had 2 full chambers the diameter of which ranged between 2 and 2.5 meters, and in some cases this figure reached three meters. In such a chamber was an overlap used, which was equipped with a special opening for removing excess heat and for separating the working area from ​​the baking one. This hole was also used for the delivery of hot air masses in the baking chamber of the kiln. In such furnaces various household items related to the sixteenth and seventeenth centuries were produced:

The northeastern part of the researched rabad contains not only a large memorial complex, called Shamorqori-avliyo, but also a necropolis related to the old Uzbek period. Old-timers say, that the cemetery was closed for about one hundred years ago.

Each of these functional parts of the city was separated from the rest by using ancient ditches and canals.The research of the area helped establish the network of natural water bodies creates a square shape territory with an area of ​​six hundred by six hundred meters.

The maximum height of the complex, south-western part of which was given over to the fortress, is about twenty-five meters. Also in the complex there were massive gates, parts of which have been discovered by scientists.

The social and economic importance of the settlement

During the sixteenth and seventeenth centuries the ancient settlement Shohruhiya was the second city of the Tashkent kingdom, where the official residence of the heir to the throne existed. In different historical periods here it had its own mint, where copper was used as the basic material for the production of coins. The importance of this place, according to many historical documents, was reflected in the toponymy of the territory.

For example, part of the Syrdarya was named “The river of Shahrukhiya.” The power, which at first glance might seem immutable, lasted only until the beginning of the active phase of Jungarian raids in the eighteenth century, replaced by a deep social and economic crisis. In a relatively short time the fort fell into disrepair and was completely abandoned.

Features of military clothing of the settlement defenders

In the northern part of the ancient rabad, enclosed by a high defensive wall with massive gates, the size of which was 25 meters by 30 meters, some interesting military artifacts were discovered. For example, the extracted armor helped scientists learn more about the uniforms of soldiers of the time. The armor was made of an iron plate of a large size that were welded together. One such ammunition could involve several layers of plates. The largest plate used to protect the soldier’s chest, had options of 11centimeters by 8 centimeters.

Numerous documentary sources indicate that such armor could safely withstand even the bows that had armor-piercing tips. In order to protect the sides of the soldier small metal blocks were used. As the protective elements for knees and elbows in such armor, plates, the shape of which was similar to a rhombus, rectangle or square were used, and for a helmet a spherical cone was actively used. The most complete discovered armor is the one extracted during the excavation of the palace of Amir Temur.

Unfortunately, nature didn’t not let this settlement live up to now. Constant exposure of the turbulent river waters eroded not only the soil, but also the constructions. For example, the castle, the inner city and others were almost completely destroyed.