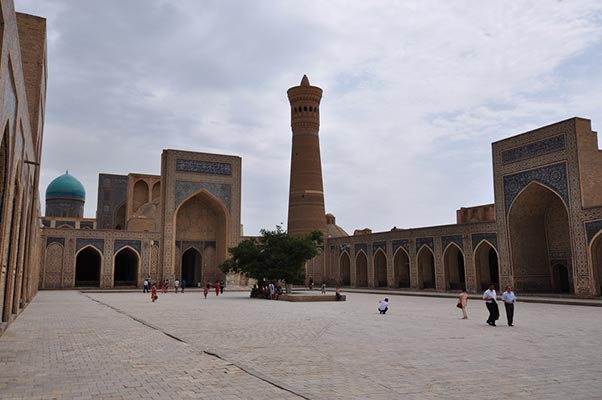 Geographically this area is located west of the official residence of the rulers of Bukhara. In those days the royal residence was considered a major center of the city. Some historians suggest that in those days before the Ark there was quite an extensive depression, which the ruler commanded to fill with sand in order to build the square of Registan, which means “sandy place”.

Of all the architectural diversity, which at various times, existed on the territory of the Registan Square only Bolo Hauz (means “at the pond”), survived which includes: