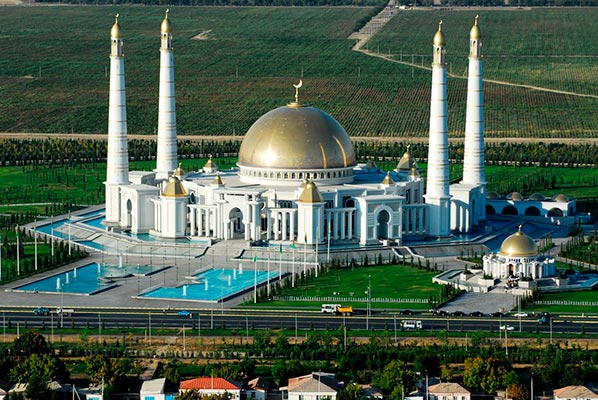 Like in other similar structures, on the walls, you can see the quotations from the Koran. Along with them there are excerpts from the book of the first president of Turkmenistan « Rukhnama. »