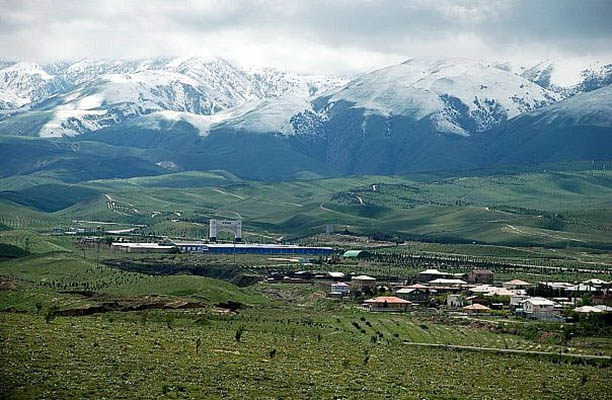 One of the natural jewels of Turkmenistan is located in the southern part of the country. Who wishes to come here should go in the direction of Akhal province. Not far from the settlement under the name of Ashgabat is a national nature reserve, a total area of ​​nearly five hundred square kilometers. As of today the Reserve includes several nature reserves:

Each of these parks, which include visits to almost every tour in Turkmenistan, was launched back in 1976 as a way of preserving the natural diversity of a national nature.

The main characteristics of the national reserve

Long-term observations show that the continental climate dominates here. The average annual temperature fluctuates at a level of from 7 to 16 degrees above zero, depending on the altitude. In summer the thermometer here can show up to 29 degrees above zero, and in winter – 0,3 degrees Celsius. Rainfall here is about two hundred and fifty millimeters. The reserve territory is characterized as follows:

Total terrain of these places is characterized by mountainous. As a rule, numerous mountain ranges contain various valleys and gorges. Regardless of exactly when you arrive here, you will experience the full power of the surrounding Karakum desert, located nearby.

The flora and fauna of the reserve

National and international expeditions have visited here, we were able to detect more than seventy species of mammals of all kinds:

Almost four times as many here have discovered species of birds, many of which can not be seen anywhere else:

So, if you want to get acquainted with the pristine world of the Turkmen fauna safely purchase last-minute tickets to Turkmenistan and come. Your attention is also worthy and fauna of the reserve. For example, most of the piedmont area covered by steppe vegetation nature. If you decide to pick up and there you will find juniper.This plant, or rather his Turkmen species can survive where no other representative flora would not last a day. Among other representatives of fauna can be identified:

The entire territory of the reserve is under state protection.