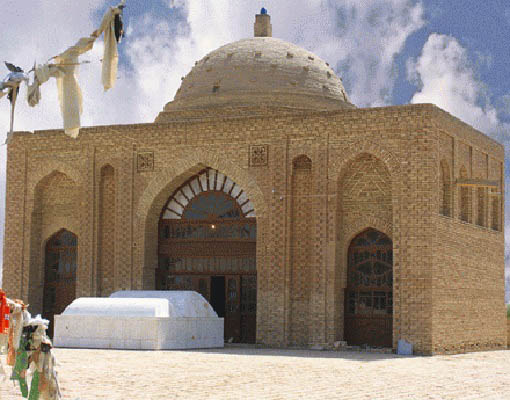 The building is a parallelepiped with towering dome over it. On the front is a large eastern arch, it also set the gate. On either side are narrow arches with low doors. The main decorations of the mausoleum are small columns, arches and prominent ornaments collected from light burnt brick. The architects used the Loess binder solution square and flat and patterned blocks. Of these, created magnificent patterns interspersed with crosses, ribbons and fancy Rapport resembling «3» and its mirrored counterpart. Notably, the walls have a thickness of more than one meter.