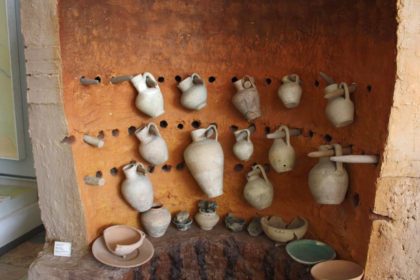 Everyone who has ever been on wonderful Samarkand tour, could say one thing with full confidence. City architecture mesmerizing, moreover, leaves a lasting impression. This mysterious and hospitable conurbation possesses an interesting foundation secret. Samarkand chronology gallery can reveal it.

Showroom was founded approximately 1970, inside building designed by famous architect Bagdasar Arzumanian from Armenia. Specifically for permanent exposure. It hast about twenty-five thousands original plus one-of-a-kind exhibits. According to them, it possible trace life including lifestyle of people living in antediluvian settlement.