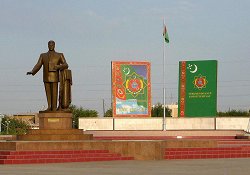 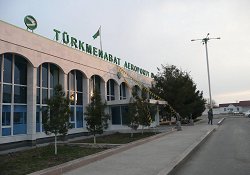 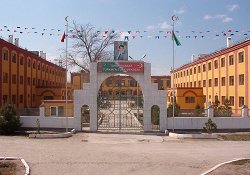 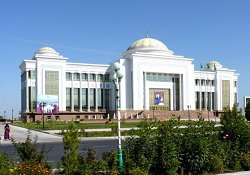 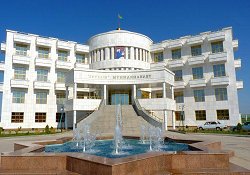 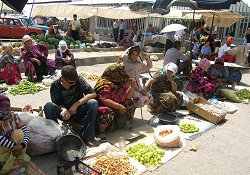 If you ever decide to set out on Turkmenistan tour journey, Turkmenabad is a right direction to start with. It is the main city of eastern Turkmenistan, located on the left bank of the Amu Darya river. It is known to be on the second place, according to the quantity of population. Formerly it was called Chardzhou, with a rich history of more than a couple of thousand years.

Even though there are not too many luxurious attractions, scheduled by tour package, on the territory of Turkmenabad that is not densely populated as well, it can be proud of the fact that the city could overcome such difficulties, which had ruined the whole empires. It even stood the intrusion of Genghis khan’s army. The city learned how to adapt and resurrect after total destruction. The whole secret was in a proper location, the intersection of important trading routes. That’s why Chardzhou was unexpendable city that was supposed to exist. In a little while, the Great Silk Road lost its significance, but Chardzhou managed to face it upright.

The modern Chardzhou is famous with its fertile land, with which provides an extraordinary harvest of melon crops. There are also many factories processing caracul. But the city has great prospects for the future, perhaps, in two centuries it will be more admired than now.

Traveling in Turkmenistan, it is important to know that the climate there is extreme continental with low atmospheric precipitation. The winter  is  mild and the summer is hot. The average temperature in July is + 32.2 ° C, the coldest month is January.

The history and the name.

Amul is known as the first name of the city, by which it had been called until the 15th century. Then it was named Charjui up to 1924, that means four channels in translation, later, a short period of time it was Leninsk and then, became Chardzhou back again. Only during the years of independence, it was finally renamed as Turkmenabad (in 1999).

Amul emerged in the 3rd century BC as a convenient crossing point for trading caravans. In the 9-10th century a good location made it possible for the city to continue its development. The greatiest prosperity had been reached as soon as it became a part of the Khorezm state. The 13th century has been the darkest period as a result of Genghis Khan’s invasion with complete destruction in consequence. But the trade and handicrafts still kept on progressing.

In the 16th century, Amul became a part of the Uzbek state and was named Chahar-jui. The city entered the Emirate of Bukhara where there was villainage with its feudal system. The authority of the Emir was not limited and was based on the clergy, and the class division had been observed. During that period, the Chahar – jui became the centre of trade, the population of which consisted mainly of merchants and different kind of craftsmen and artificers. A governor appointed by the Emir, was called back. He had a residence constructed as a well-guarded fortress surrounded by a moat. Today we can see the partially preserved fortress which is an object of archeological research and the important historical monument.

The majority of the population of the city were Uzbeks, as well as Turkmen tribes (the most numerous were ersari). The Turkmens basically cultivated land here and practised cattle-breeding.

The 18th century is the “brilliant” age of advancement of Turkmen poetry, when it was mostly productive and fruitful, thanks to such poets as Mahtumkuli and Saedi, who lived in the area.

In the 19th century, Chardzhou joined the Tsarist Russia. In 1875 the Old Believers Cossacks were forcibly relocated from Ural, whose religious convictions prohibited any sort of military service.

On the banks of the Amu Darya river, there began to appear new settlements, that is exactly why the inland navigation took its start. Soon after, one of the wharfs demonstrated the first steam-vessel named “Samarkand” indicating the new era of steam-fleet progression. It might have been the first Central Asian traveling experience.

In the short run, a railway track ensured the fast route from Caspian to Chardzhou.

There is an interesting fact, in 1896 the prefix “New” was added to the name of the city. The distinction from “Old” version was in increase of Russian-speaking population. Prior to that, the majority of people represented indigenous origin. The bridge built across the river in 1898, turned out to be the longest not only in the Tsar Empire, but firmly assumed the third position among all the bridges worldwide.

The Communists seized power in 1920, overthrowing the Emir, and Chardzhou came to be one of the cities of the Bukhara’s National Soviet Republic. In four years, after dissociation of Central Asian states it became a part of the Turkmen Soviet Socialist Republic. Thus, in the 20-30th years industrialization launched into growing. Nearby location with regions producing cotton and cocoon goods allowed the city to achieve expansion in building cotton ginnery facilities.

There is a plenty of picturesque parks in Turkmenabad, clean city beaches, friendly people with happy faces, and lots of other beautiful sights to please travelers.

Attractions of the city

The most prominent sight that attracts tourists from all over the world is the Natural Reserve known as Repetek, organized in 1928 and situated right in the Karakum sands, within the southwestern suburb not far from Chardzhou. It is a sandy desert area, the most desolated place in the Central Asian region. The reserve was created to preserve the desert landscape, as well as unique animals and plants.

The Amul – Charjui is a performance of remnants belonging to a town of a ruler Amul, supplementing the panorama of his stronghold, construction of the 11th century. In the 10th century, the town resembled a massive fortress with square configuration made of clay bricks, surrounded by a moat. Each side of this fortress had separate gates guarded by soldiers. Inside, there was a square with the palace of Bek and accommodations for his servants, the barracks and the warehouses, and the jail in the form of a deep well laid with stones. The western and eastern sides were intended for merchants and craftsmen including their household. Only fragments of fortification remained safe until now. Near Turkmenabad the tourist guide enables to visit the city Atamurat where you can view several mausoleums, the holy places of regular pilgrims.

The tomb of Allamberdara enters into the Atamurat complex. This mausoleum was built in the 11th century in North Khorasan. The engineering style of construction is characterized by significant dimensions and unique presentation of the facade part. The exterior is enriched with ornamental decorations adorned in carved bricks. Unusual gloss of brick texture on the surfaces of the interior makes the complex look weighty and solemnly. Only one chamber in the tomb stays empty with a false burial, perhaps the remains of the buried were moved to a different place, but precise information has not been preserved.

The mausoleum Astana-Baba is also a part of Atamurat city. It has been constructed in the 11th century and consists of a mosque and a shrine. Pilgrims come here regularly in order to carry out a sacramental form of worship called “Zyorat”. No one knows who Astana-Baba was, but the mausoleum is considered to be a sacred place, and many people get cured here. Day by day, the number of Muslim believers who make trips to this place is increasingly growing.

Beside Astana-Baba, it is advisable to get acquainted with other historical mausoleums, such as Zayd-Ali and Zuwayd-Ali. People tell a curious legend about them. It says that some Bek Balkha use to have a daughter named Zuwayd, who was of mind blowing magnificence and incredibly beautiful, later routinely got married. But right after the wedding ceremony, she had suddenly died. That’s sad news broke her father’s heart and being grief-stricken he decided to perpetuate the memory of his daughter so built a pompous mausoleum. But something went wrong and it collapsed as soon as it was erected. An attempt to restore it was unsuccessful, the building kept on falling, three times. He could never comprehend what was the matter. Ones, he had a night-dream in which an elderly wise man encouraged to assemble the charnel using clay and water brought from Mecca. Bek followed the advice, thus, the required components were delivered and added to the brick mixture. This is how the charnel entered into the history. After Bek’s death, his body was buried in a chamber next to his daughter’s tomb. The rest of water brought from Mecca was poured into the well, and today, this water is considered as sacred.

Caravanserai of Dayahaktyn lies on the intersection of the roads at Amul and Khorezm. It is a unique architectural landmark of 11-12th centuries. All we can observe now is a mound of adobe vestiges remained from Rabat (trade fortress), fastened with round towers in the past. The arches and domes of the structure were made of clay bricks. The facade is coated with stones set up in an uncommon ornamental manner. The Rabat in definite fragments performed the scraps of texts with the names of the Caliphs. People have indited a legend about the building of caravanserai, which says that a long time ago, a rich person got an obsession with an idea that his wife committed adultery. Actually, she was faithful to her husband, but he felt down and lost in conjectures, so decided to leave home in miserable attire. The wife waited for him lots of years and so to help him travel through the desert, she ordered to build a huge and delightful caravanserai. The bricks for this facility were manufactured in Merv. Workers were standing a rank and passing bricks from hand to hand directly to the construction site. As it turned out, her husband was also among those workers. Eventually, after roaming the world cities he returned his home.