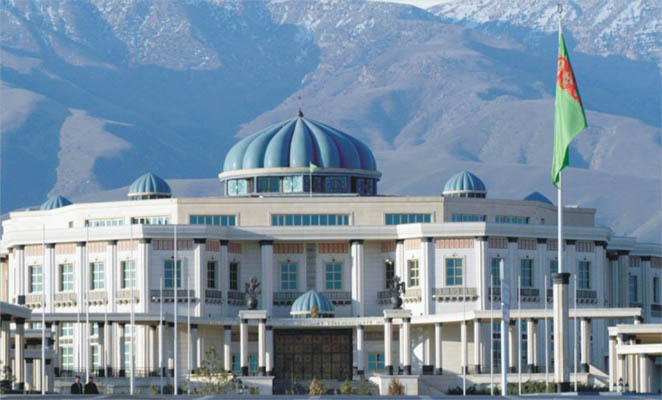 In fact, the State has always paid extra attention to the preservation, multiplication and popularization of the national  heritage. In this regard, many ethnographic, historical and other museums were opened in the country and available, due to Turkmenistan tour packages. We should admit,it was  Saparmurat Niyazov who initiated the adoption of important legislative resolutions that allowed the national heritage to be  preserved from total destruction. On account of his active work, there are more than nine historical and cultural centers on  the territory of Turkmenistan. the National Museum fairly claims to be recognized as a standout among them all.

Architectural peculiarities of the National Museum

The State has not spared neither efforts nor resources for the construction of a Treasury of national culture, which is  suggested by every  Turkmenistan. The area of the museum complex exceeds fifteen thousand square meters,  where the exposition space takes right about six thousand. The architects who worked on constructing the building placed all  the exhibition halls on the first and second floor, isolating them from the restoration workshops, storages and so on. The  section intended for servicing the National Museum was also located separately. The space around the exposition lobbies was  divided into several autonomous functional zones: Conference Hall, foyer, coffe-room, etc. And off course, the climate control system is a Pride of the complex because it always maintains the optimal temperature  regime for tourists and works of art themselves.

The vast collection of the National Museum of Turkmenistan

The national gallery has been gathered for a great many of years. Today, you can find the samples of various craftsmanship,   dating from the 17th-19th century: products of ceramics, weaving, embroidery, paintings, carpets, jewellery and etc. The most extensive exposition can be seen by Turkmenistan tour visitors in the special hall dedicated to folk crafts: samples of national dresses, hats, implements and etc.

Nowdays, residents of remote communities keep on practicing this crafts at home. Basicly, young girls and women pay more  attention to this. Historians denote that the exhibition hall pieces offer to trace the evolution of the specialized  particularity of creation of different national items. For instance, the floor coverings were initially made of pure natural  wool, the shade of which was gained by tainting with different vegetable pigments. Later on, the silk reached its active  utilizing. The collection of the national museum also allows visitors to become acquainted with the eccentricities of the national  garments of Turkmen people. As historians say, each region of the country had its own design of ornament, composite solutions  and etc. The greatest impact was on the pattern of national dresses, pointing at the origin of Turkmen, as well as the tribe.  By this, it was possible to distinguish a representative of one kind from another.

The heritage of the ancient epoch

There is a special place in the museum for exhibiting artifacts found during excavations in Altyn-Depe settlement. Most of  the documents and household items were found by specialists in the middle of the last century. The archives from such  settlements as Gonur-depe, Nusay, Togolok have significantly expanded the exposition. Now, they are the subject of a close  attention of both, domestic scientists and many international experts.

The museum complex is divided into several parts for the convenience of visitors being on a conducted tour and not only, so they could be involved in an adventurous  jorney in Times, allowing to become acquainted with the artifacts of the country’s independence and neutrality, cultural  heritage, and the history of formation of the nation.