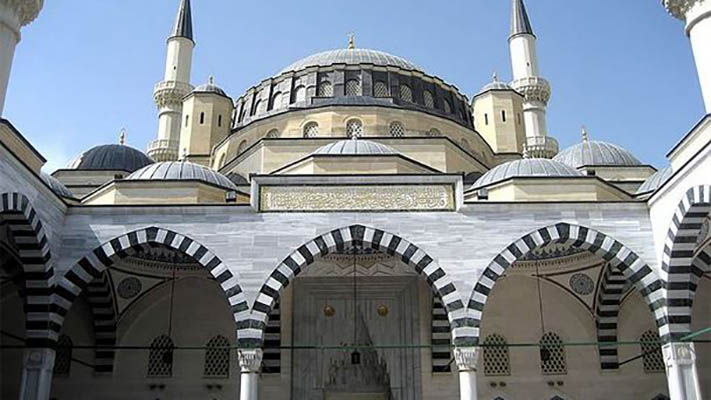 Any tour operator in Turkmenistan is ready to offer travelers the opportunity to enjoy all the diversity of the culture, the architecture, the history of the country, ready to reveal some of its secrets to strangers. One of these puzzles are majestic numerous mosques in Ashgabat.

Numerous features of the mosque

If you are used to enjoy unique architectural creations, the Ertogrulgazy mosque will break out of the existing architectural patterns. Many domestic and international experts call it a religious building, built after independence Azadi street, one of the most beautiful in Turkmenistan. Interior and exterior design, size – everything here is really striking in its luxurious. Many contemporaries prefer to call it a mosque, not using the original name, and the name of the street where it was built.

The history of the mosque construction

This building, erected in the Turkish style, is the largest mosque in the territory of Ashgabat. A lump inside her may stay up to five thousand people. His original name was in honor of the mosque Ottoman ruler Osman I. father opened the mosque, the top of which is crowned 4 minarets made of white material in 1998. The similarity of architectural styles allows you to draw a parallel between the Azadi Mosque and the Blue Mosque, located in Istanbul.

Taken care of numerous architects and a rich internal and external decoration of the mosque, near which there are many hotels in Ashgabat . The decor of the emphasis on the Islamic and Byzantine styles. In the courtyard of the mosque is a spacious courtyard with an elegant fountain. In a huge hall for prayers to be found a great variety of stained glass and gold painted.