Through the lands of the Great Silk Road

Through the lands of the Great Silk Road

Day 2 From Tashkent to Khiva

Day two is dedicated to Khiva. After breakfast at a hotel in Tashkent, there is a flight from Tashkent to Khiva with a transfer in Urgench.  Upon arrival to Khiva, tourists check-in the hotel and after that explore Ichan-Kala, Tash-Hovli and Kunya-Ark Palaces, Kalta Minor, Mohammed Amir Khan Madrassa, Juma Mosque, Mausoleum of Pahlavan Mahmud and Ismail Khodja.

Day 3 From Khiva to Ashgabat with a stop in stop on the Uzbekistan-Turkmenistan border.

Breakfast in a hotel and then trip to the border of Uzbekistan and Turkmenistan. On Uzbek side there is a Tashauz town. On Turkmen side of the border there is a Kunya Urgench town. The destination is Kunya Urgench. That’s why tourists will pass through the border. After crossing the border tourists are taken for sightseeing: Sultan Tekesh Mausoleum, Kutlugh Timur Minaret, Turabeg Khanum Monument. After that return to Uzbek side – Tashauz and take a one hour flight to Ashgabad. In Ashgabad check-in the hotel, have dinner and take a rest.

“Tolkuchka” market; Nisa (Parthian Settlement of 3rd century that had residents up until 19th century); Anau (the city most famous for its Seitjemal-ad-din Mosque); Turkmenistan National Museum (the place to see object made of gold and attributes of Bronze Age, Antiquity and Middle age).

After morning meal tourists are taken on a guided tour to see evidences of Turkmen life style and culture in a museum. Among exhibits, the museum has carpet and wedding weavings. After museum there is a trip to Merv. Merv is located 25 kilometers away from Mary settlement. It is considered to be one of the oldest inhabited Central Asian cities. The city is sometimes called ‘Pearl of East’. Merv as a city was rebuilt at least five times throughout its history. Gayir Kala has a big area and has four gates that face North, South, West and East. Another interesting sight in Merv is Mausoleum of Sultan Sanjar. Its size and design gives impression of solidity and power. After that back to the hotel for dinner and a goodnight sleep.

Early drive to Turkmenabad-Farab Turkmen-Uzbek border. Check point “Farab”, passing customs control and reaching Uzbek territory. Then drive to Bukhara and hotel check-in. Staying in the hotel for a night.

Bukhara has many things to see. That’s why day seven is spent without moving to another city. After breakfast, before lunch sightseeing that lasts for four hours includes: Chashma-Ayub and Samanids Mausoleums, Bolo Hauz Mosque and Ark Fortress

Plan for after lunch time is to walk from Poi-Kalyan Complex part of which is Minaret Kalyan then move on to see orient markets. There will be Toki Telpak Furushon, Toki Zargaron, Abdulla Khan and Ulugbek Madrassas. The final point of this walk is Lyabi Dinner. Day seven night will be spent in the hotel in Bukhara.

After breakfast there is a daylong tour around Samarkand. Sightseeing includes: Tilla-Kori, Shir-Dor and Ulugbek Madrassas, Ulugbek Observatory, tomb of Tamerlane in Guri Emir Mausoleum and Bibi-Khonum Mosque, Shakhi-Zindeh Complex. In addition, tourists visit remains of the ancient Afrosiab city and a museum telling the story of Afrosiab. The day seven night is spent in the hotel in Samarkan

Day 10 From Samarkand back to Tashkent

In the morning of day 11 after breakfast, the group takes a trip to Ferghana passing by Kokand city. In Kokand a short stop at Kamchik Pass for taking some pictures. Then proceed with visiting Dahmai Shahon Mausoleum, Khudayar Khan Palace Mir Mosque and pottery workshop in Rishtan. Drive to Ferghana. Hotel check-in and staying in Fergana for a night.

Day 12 From Ferghana to Osh

Trip to “Dustlik” settlement on Uzbek-Kyrgyz border after morning meal. Crossing to the territory of Kyrgyzstan and moving to Osh city. Upon arrival to Osh, check in a guest house and going for the city sightseeing. Osh is 30 centuries old and has some interesting places. Sightseeing includes: local market and Sulaiman Gora. The night is in the guest house in Osh.

Day 13 From Osh to Bishkek (capital of Kyrgyzstan)

After breakfast early in the morning, tourists take a flight to Bishkek. When in Bishkek, they check in the hotel and go for the city sightseeing: museums, Central Square, Philharmonic, Oak Park, then a break for lunch. After lunch, there is a visit to Ala-Arch National Park.

Day 14 A trip to the Lake Issyk-Kul

Four hour trip to well known Issyk-Kul after breakfast.On the way we have a brief stop to see Burana tower. This tower stands there as a reminder about ancient city Balasagyn (XI – XIII). Then we continue our trip to the Lake Issyk-Kul (the World’s second biggest mountain lake). Upon arrival to Issyk-Kul Lake, we check in the hotel and stay for a night.

Day 15 From Issyk-Kul back to Bishkek

The morning spent by the Issyk-Kul Lake visiting Cholpon-Ata. Cholpon-Ata is an ancient rock inscriptions and also visit Ethnographical Museum, then back to Bishkek. The night of day fifteen and the next day morning is spent in Bishkek.

Day 16 From Bishkek to the next stop

Getting to the airport to move to the next point in the trip after having breakfast. 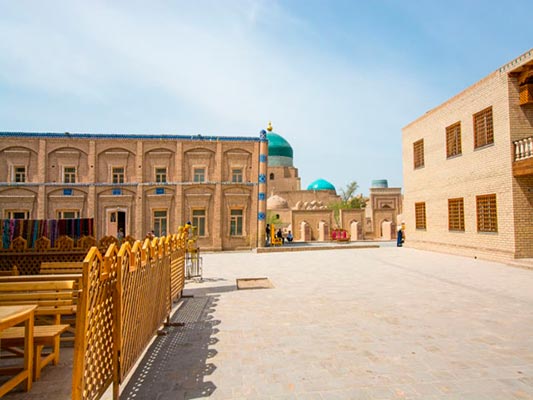 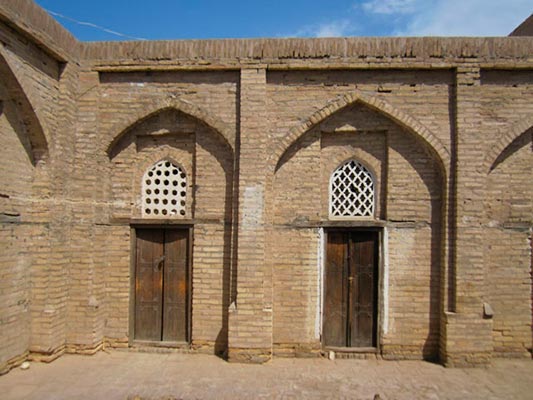 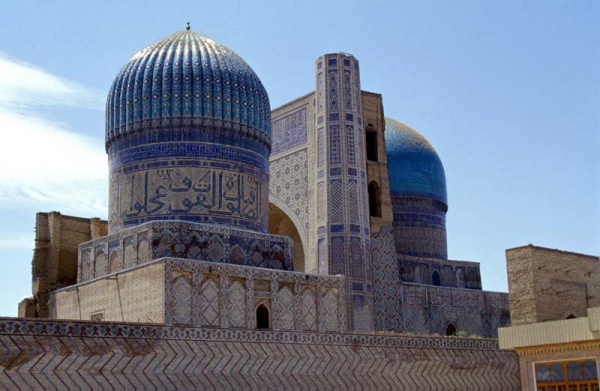 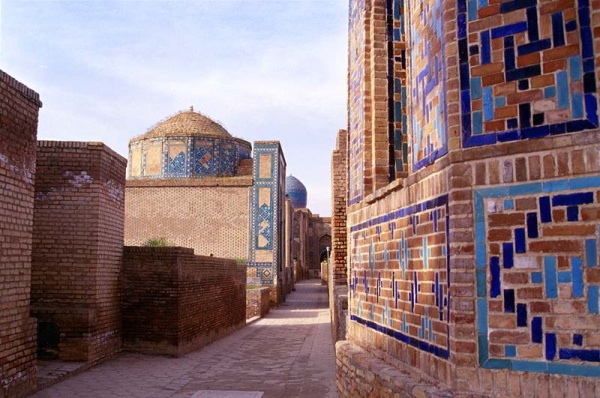 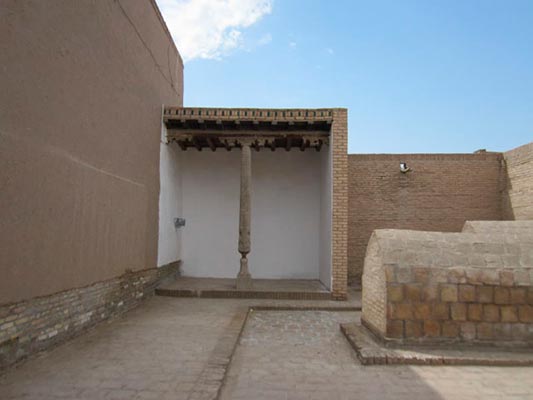 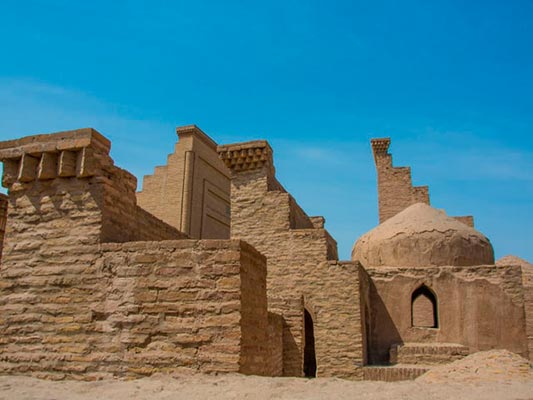 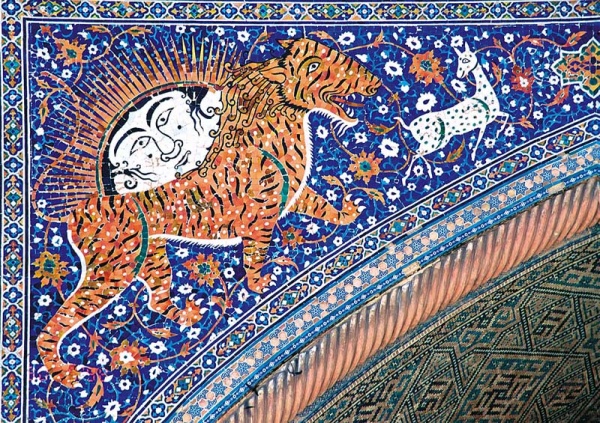