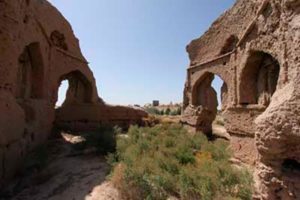 This historic settlement consists of number ancient architectural landmarks. The monument is located on Amu Darya Riverbank available for group tours Uzbekistan at a distance about twenty kilometers from Termez. Archaeologists were able explore settlement territory, in which during the second century there was fortified fort, equal about 90 hectares.

Since the first century, a Buddhist society has emerged and developed in this area. Widespread received religious buildings variety. Buddhism development peak can be called Kushan period after temple completion in region. According historical data, building perimeter was equal three kilometers.

However, entire infrastructure operated only until third century beginning. Because of economic and cultural crisis, settlement was declined either ceased to exist.