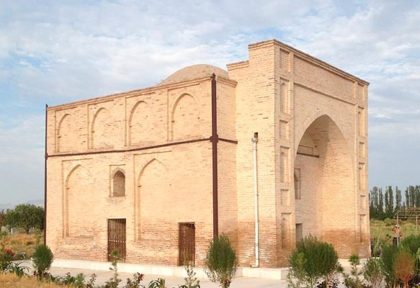 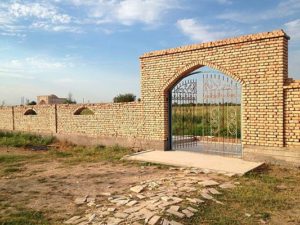 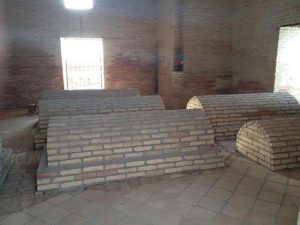 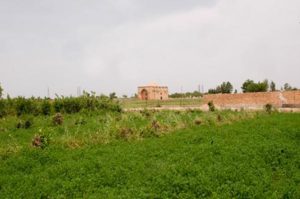 Mazar Kyzyl – the largest monument Uchtepa. You can find it not far from the ancient city of Tokachi. The first research expedition came here only in 1963. Before their eyes opened a lot of ruins, spread over three hills. As the coupling e 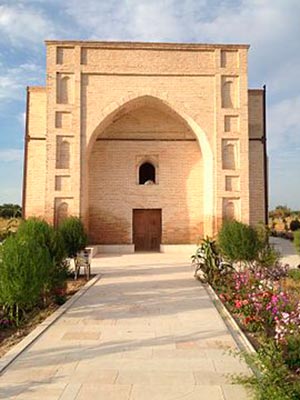 lement is to use the area, which has not been reliably strengthened. The total area, which covers an area of ​​2.5 thousand meters. In the central part of the area located the tomb of Mazar Kyzyl. The area of ​​the tomb was 360h160 meters square.