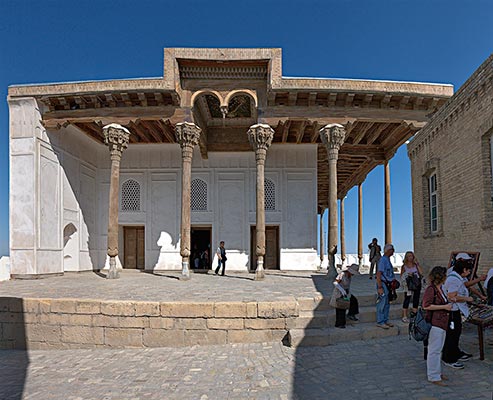 The central part of the mosque, erected in the XVIII century, it is easy to notice, standing directly in front of the Arc. A striking feature of the mosque is the large conservatory, which is supported by four columns. All this splendor, according to the testimony of many historical documents, was surrounded by avian.

The overall style of internal decoration of the mosque is fully consistent with the main design trends prevailed at the time. Unfortunately, many examples of design art, were used in the mosque, not survived, but at the beginning of XX century. Restorers managed to restore a small part.