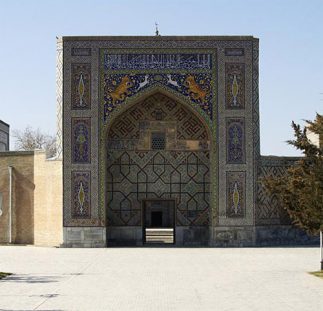 Al-Maturid Memorial is a monument off an eminent Islamic theologian who was also a famous his time lawyer Abu Mansur. Monument is building in cemetery, which in its meaning within Islamic world compared to Mecca cemeteries, such as Muallo either Bokia. According to tombstone texts, numerous great people from that period were buried there, including many scholars featuring religious figures. After Muslim army was defeated in 1141, numerous Muslim soldiers were buried at this cemetery: many thousands. This interesting place becomes available with Uzbekistan tour packages.