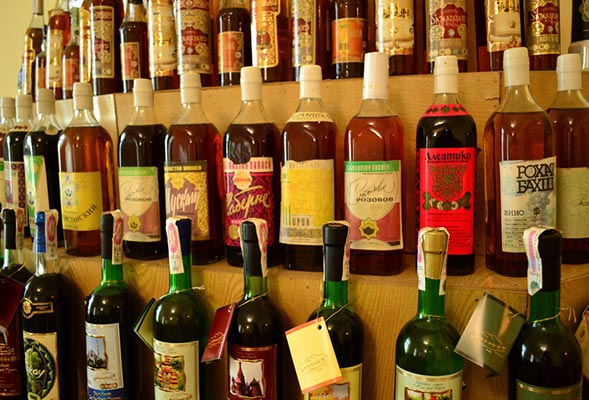 The Museum of Winery is located near school №37 on Mahmud Kashgar Street, 58 is. Its history begins with entrepreneur D.M.Filatov who achieved great successes in the wine industry, being managing to bring the plant up to the world representatives. He was able to bring up a grape of paradise type, known for its sweetness everywhere. For this the winemaker Filatov received a gold medal and winemakers from around the world started coming to him to try this drink of Eden.

Everything changed in Soviet times, when Filatov came under persecution. He had to quickly leave the place of residence, but not before the winemaker had safely hidden a certain number of bottles with his legendary wine. Some years later winemaker M.A. Khovrenko came to this place and discovered the hidden treasure. The talented winemaker decided to continue the work of Filatov by breeding new varieties of grapes, and thus creating new unique tastes.

Today the factory is engaged in the production of not only wines known throughout the world, but also cognac and vodka. Fine vintage wines are kept in the numerous cellars of the factory, and when the drink reaches its perfection, it is exhibited in the auctions. Therefore, to take part in wine tasting of Samarkand museum is a truly honorable ceremony.

Not so long ago vintage cognac and wine, as well as a balm produced by the winery, were marked by the highest types of awards – gold and silver. In the museum you can get acquainted with the history of the formation of the plant, as well as see many marks of quality of beverages produced here.