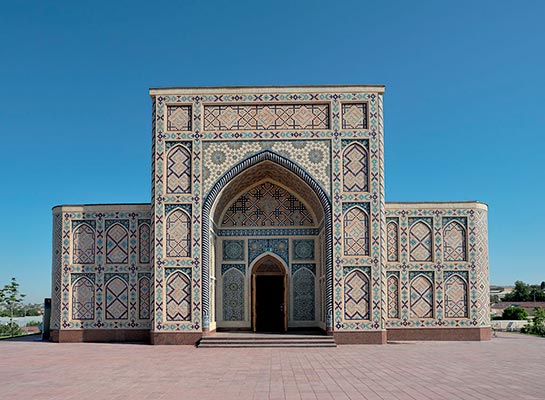 From an early age, guy developed one distinctive feature, not peculiar to other princes – he easily learned different sciences, feeling enormous interest over them. Oldest watchtower ruins, on which Temur’s army stumbled while holding campaign through Maragu city, played essential role in accepting science. When several years passed since honourable grandfather’s death, Ulugbek’s father made final decision – Maverannahr ruler will be Ulukgbek.

During scientist’s reign passes Eastern Renaissance era, because being a scientist, imperator himself tried teach as more people he ever could, focusing upon education. At same period, Ulughbek’s childhood dream’s coming true – observatory’s getting built, in whitch he subsequently creates starry sky catalog. Working with famous astronomers, Ullughbek has achieved that his name sounded on a par with luminaries such as Copernicus, Galileo, Ptolemy.

Today, near collapsed observatory, repository had been created, led by Uzbek artist I. Askarov including art academy members, containing generous man – Ulugbiek reign’s exhibits, besides, restored environment within which mastermind lived. Anyone who is interested in this topic contact Uzbekistan travel agency