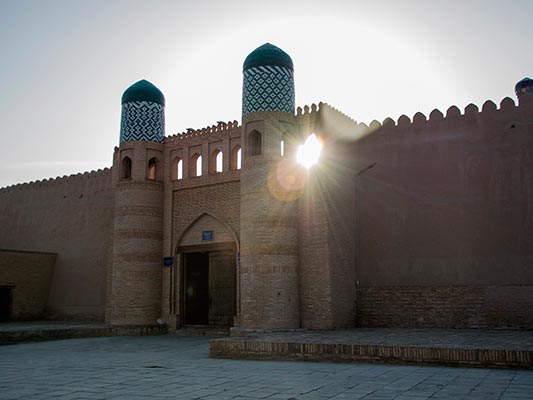 In the northern part of the Juma Mosque has settled this madrassa, which was built in the early XX century. The study of ancient documents says that the construction process is directly led by the best architects of the time – Kalandar Kochum and Hudaibergen Haji.

Facade of an educational institution looking to the east side, and the entrance is looking to the south side. Madrasah has more than a dozen residential student rooms. In the southern part of the building you can also find a small dome mosque. Early 21c. on the territory of Madrasah started Historical Museum “Avesta”, the exhibition which was entirely devoted to the 270th anniversary of the book of the same name.

“Avesto” plays an important role in the life of the settlement, including the basics of philosophical outlook of people of a bygone era. Do not forget that in this book you can find a lot of valuable historical information, allowing to accurately restore some moments in history. In 1999, UNESCO, considering the international significance of “Avesto”, has decided to widely celebrate the anniversary of this publication. The most lavish celebrations were held in the city of Khorezm.