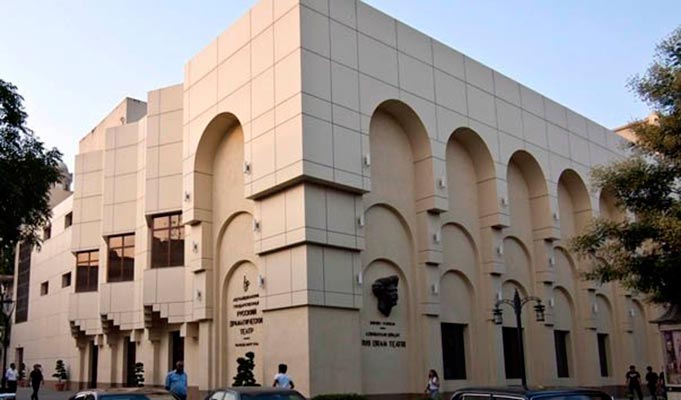 In Baku in 1920 was founded the Russian Drama Theater. S. Vurgun, and was originally called the state free satire agitation theater. Now tour operators of Azerbaijan recommend it to passionate fans of Melpomene. Its base was formed by two theatrical companies: the theater „Die Fledermaus“ and the liquidated collective „Momus“. The theater’s repertoire consisted of humorous plays, dance performances, poetic dramatizations and other. The Soviet government entrusted him with the mission of accomplishing the tasks of political agitation. He successfully coped with his tasks until 1923. At that time, one-act plays, chastushki, staged poems, songs were performed on the stage of this institution, choreographic compositions, etc. for the day’s anger. He was referred to small forms of theater for poor proletarians. Then he was given the name of the Baku Worker Theater by the resolution of the Baku City Executive Committee. Six months later, the company was updated as part of the troupe. Actors from major cultural centers of the country were invited to the theater: Moscow, Odessa, Irkutsk. The repertoire of the plays of those years was, in the main, the revolutionary works of Soviet, and also selected foreign playwrights. A year later, in 1926, the studio of practical training opened its doors. The teachers of the studio are „Meyerholdists“, famous directors led by V. Fedorov, S. Mayorov and actor M. Zharov.

In 1937, the Baku Worker Theater received the name of the Azerbaijan State Red Banner Theater of Russian Drama. Since this year, the theater began to go on tour, initially to the nearby territories of the Caucasus, and then throughout the Soviet Union. Performances could be seen on vacation in Uzbekistan. Thanks to trips and performances all over the country, the theater is gaining immense popularity. In 1956 he was named after the Azerbaijani poet S. Vurgun.

The post-perestroika period reduced the popularity of the theater, but after an updated repertoire for the last ten years, the temple of art once again attracts its grateful fans. He is often included in his tour of Azerbaijan, theatergoers. On the stage, comedies, parodies of serials, entertaining improvisations of Russian, Russian and foreign authors, playwrights are performed.

A great pleasure is brought to the audience by the production of the Family Weekend (J. Poirot) and the magnificent staging of the play The View from the Bridge (A. Miller), as well as various classics and the modernity of dramatic and comedic genres. The theater underwent major repairs in 2006, after which the modernized, restored art temple again receives its viewers. In 2010 the theater celebrated its 90th anniversary. So now it decorates the center of the city, shining next to the famous restaurants and hotels of Azerbaijan.

Young actors, former students of the State University of Arts and Culture of Azerbaijan, the School of Choreography, the Theater Drama Studio work in the modern theater troupe. The main repertoire consists of works by FM Dostoevsky „The Brothers Karamazov“, the drama by I. Efendiyev „In the Crystal Palace“, William Shakespeare’s „King Lear“, as well as other classical and contemporary authors of dramaturgy and comedy. In the theater, the role is also given to children’s theatrical productions, for example: „Guess a fairy tale“, „A shoe for Cinderella“.