Registration
Travel in Uzbekistan and Central Asia > PYRAMIDS IN SAMARKAND? 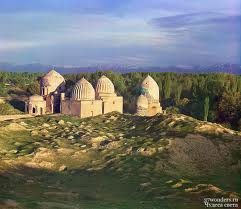 The land of Samarkand at all times kept many mysteries and still does it today. One of its main mysteries is the enigma of the pyramidal mounds. They can be seen in the mountains of Samarkand. That was first reported to the world by Koltsov I. E., a well-known researcher, a member of Geographical Society in Rosstat. He said that there were pyramids of elongated form in Samarkand. Their height is about 30 meters. Four towers are placed on their corners. And they are built of raw bricks. By the way, if you want to experience all this, it can be unfolded by going on a fascinating and cognitive hike, provided by Samarkand tours, in which you will discover many unfathomable mysteries of these cryptic places.

Another information message about the pyramids of Samarkand became a sensation in 2003. The internet reported on how Russian and Uzbek archaeologists with joint efforts discovered some of the oldest pyramids in the mountainous area of the southern part of the country. Those pyramids were compared with the Giza Plateau in Egypt. However, it was clarified that their surface is not multi-staged, as at Giza, and absolutely flat. Later, it was also reported that the monuments were found not only in one locality of Uzbekistan, but even in two. This is Kashkadarya and Samarkand region. Experts have put forward the version what helped to preserve these historical monuments. It is the construction of new buildings in subsequent epochs.