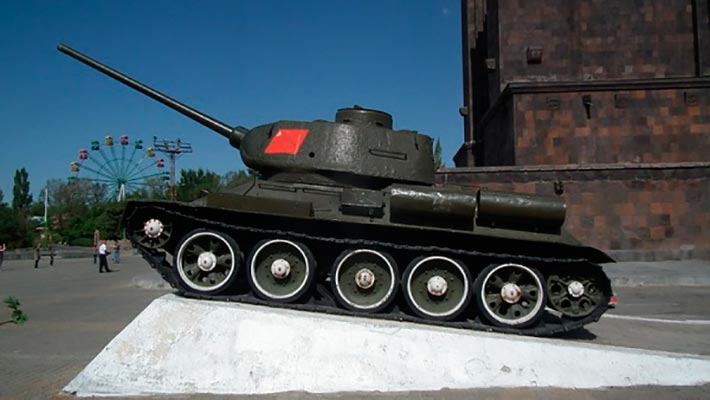 Lavishly decorated with lush greenery Nork hill – a perfect place to park the device. Perhaps that is why he is here and open. It is a known Victory Park, one of the favorite holiday destinations among residents of the capital for nearly a century. Armenians called him „Haghtanak“. The park was opened before the start of the Great Patriotic War, but got its present name after its completion. This is not only a shady grove, entwined with intricate patterns of tracks, offering a lot of cozy corners where you can sit on the benches or just take a walk, enjoying the fresh air and silence dense forest. Suffice it to leave your chosen Armenia hotel and blink of an eye to get to the park by taxi or on foot. It is also one of the attractions of the capital, „Mother Armenia“. The monument is dedicated to the victory won in the Great Patriotic War, as well as the victims that the Armenian people suffered in the fighting. Made in a strict and restrained manner, powerful figure of a woman putting a sword in its sheath, showing that the battle is over, but the homeland is always ready to protect their children. Statue itself soars above the city, being always on guard its tranquility. At her feet lies a shield in her hands she holds a powerful blade, always ready to put it into play, if the trouble will come back to this land. Monument rises to a height of nearly 44 meters. Before the statue burns unquenchable flame of eternal fire, recalling all the victims who have fallen victim to the Second World War. At the feet of the statue stiffened tanks formidable defenders. And in a building located under the statue, there is a museum, which collects a variety of exhibits devoted to the Second World War. Here you can see not only all kinds of items related to the fighting, but also objects that tell about the life of civilians in these difficult times. You can get here and in the framework of a cheap tour: a visit to the museum and the park made ​​free of charge.