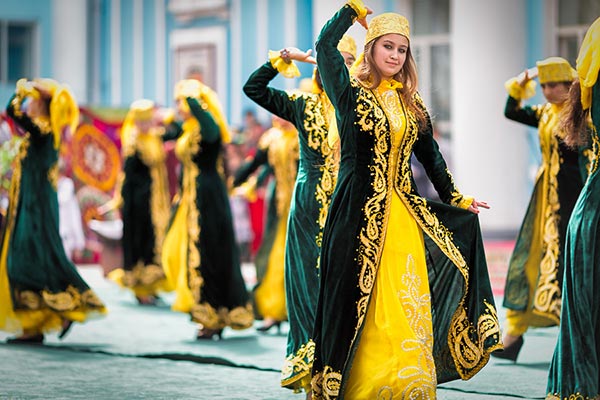 It is known that in XIV-XV centuries on city holidays acted musicians, singers, rope-walkers. Get popularity mass representations where story-tellers, dancers, conjurers participate later. The Tadjik professional theatre opened in 1929, admits to best of folk theatres. In republic set of theatres. Here national plays, operas, ballets are presented attention of the spectator. The most popular performances “Dohunda”, “Saodat”, operas “Revolt of Vose”, “Pulat and Gilru”, “Bahtier and Nisso”, ballets “Two roses”, “Lejli and Medzhnun”, “Dilbar” and others.

The Tadjik motion picture arts have reached the big successes. Today act in film art and documentary-newsreels: “Dohund”, “I have met the girl”, “Destiny of the poet”, “Zumrat”.