註冊
Elite Tours International > MUSEUM OF THE FILMMAKERS OF UZBEKISTAN 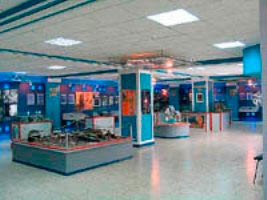 The first cinema show, which was held in Tashkent, was recorded as far back as the eighteenth century. He picked up the idea of ​​the development of documentary literature and continued it Khudoibergan Devanov, who was so obsessed with the “Cinema” that he bought his own cameras at his own expense, sharing his charms with the architectural sights of Khiva with other fellow countrymen. This was a real breakthrough, for today, from the time of that time, the archive of the cinema art museum has already counted more than 40 thousand units. It is there that the development of identity, culture in Uzbekistan is fully monitored. Khudoibergan Devanov became the most famous person in the cinema, and his portrait, where he is depicted with the same, become a legendary camera, is located at the entrance to the museum. Thanks to the idea of ​​Hudoibergana, hundreds of people brought donations, which as a result, and was built archive.

But the section of silent cinema does not leave any visitor indifferent, especially since on a large monitor there is constantly a reproduced silent film “The Second Wife”. There is also a separate stand of documentary films, in the exposition of which works of famous Uzbek directors are presented. Call – (+998 71) 245 89 76.