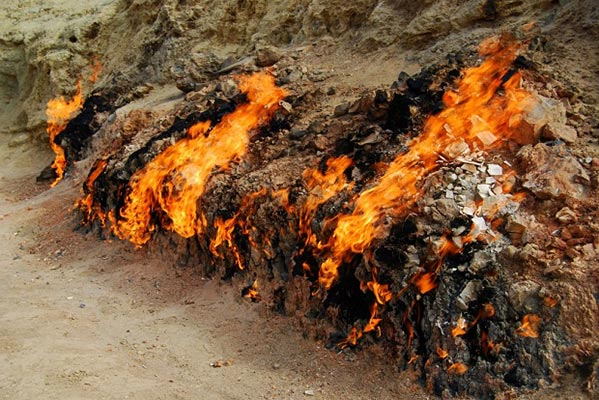 Azerbaijan deservedly and without exaggeration is called the “Land of Lights”. Here you can see oil striking the surface of the earth, night Baku in the shining sparkling illuminations, fiery tongues that have covered tens of meters of the earth’s surface … Ancient and mysterious state has on the entire territory of the unique mythical mountain Janardag. Its name translates as “Burning Mountain”. Tour operators of Azerbaijan often print impressive photos of this phenomenon in their booklets.

Yanardaga today is the historical reserve of Azerbaijan. Look at the beauty and magical charm of Janardag best at twilight. When the day’s colors have not faded yet, and the night has not had time to envelop the earth, one can see mysterious symbols and signs in the reflections of the mountain fire, exciting the space of imagination. At the top of the mountain is a cave, counted to another local landmark. It carries the ominous name “Wolf’s Gate”. According to some legends, it was inhabited by packs of wolves, and by others, primitive people lived in it. Cave paintings serve as a proof of life in the cave of primitive man. If you are dreaming of visiting the world famous landmark, you need to get by bus number 217 to Apsheron peninsula to Mehhemadi village, located 25 km from Baku. Or book an excursion in the hotel of Azerbaijan, where you stayed.