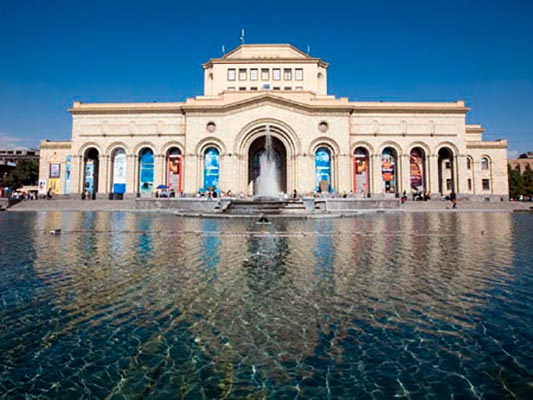 In addition to the coins and objects are stored unique tomes and ancient manuscripts. Some written artifacts exist at all in a single copy, and therefore of great value. One of the most striking exhibits of the museum’s collection – this is the first printed work, which appeared in Armenia, the so-called “Friday Book” (Urbatagirk). It was printed in a printing house, situated in Venice. Such institutions in Armenia were not in those days. The book came into being back in 1512. Tour Operators of Armenia recommend this attraction to people who are interested in cultural and historical values.