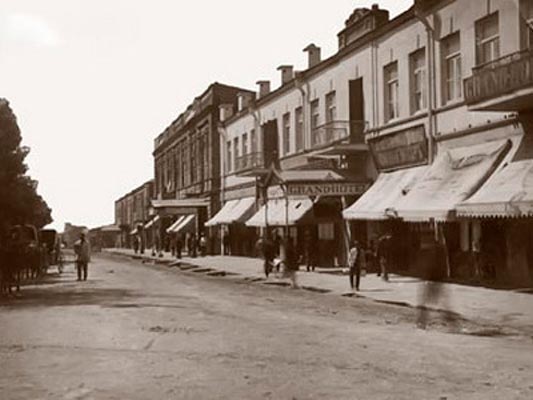 The museum, which is worth a visit for people who admire the modern flare of Yerevan, dedicated to the famous Russian and Soviet architect (in that order) Alexander Tamanyan. It certainly should be present in any tour of Armenia. This outstanding figure of art born in an Armenian family living in the city Ekaterinodar (now Krasnodar) in 1878, graduated from the Imperial Academy of Fine Arts in St. Petersburg, was the author of several remarkable architectural projects in St. Petersburg and Moscow, but always wanted to work in the historic homeland . While still a student, he said that all the acquired knowledge would like to apply to the Armenian land. His dream came true and he became one of the most famous architects in the history of Armenia. It belongs not only to a variety of projects constructions erected here, but its general development plans of the external appearance of the city, their future development. Most surprisingly, the capital, Yerevan, is still developing and growing it according to its intentions. The artist left this world at the end of the thirties of the last century, and many of his ideas were embodied already his followers, including his two sons, who also decided to choose this career.

Apart from Yerevan, Tamanyan created urban plans for Gyumri, Echmiadzin, and several other cities. Getting the architectural appearance of the case throughout his life, in Yerevan, he dreamed of a quiet provincial town luxury fashion capital of the future centuries, bright and original cultural center, with a vibrant museums, restaurants and the most magnificent hotels in Armenia . The author worked in the neoclassical style, but in their works of Armenian necessarily using traditional motifs and patterns. And working on a plan for future developments very carefully and lovingly applied to old buildings in an effort to preserve as much as possible the buildings that had historical and cultural significance.

Its projects include: the Opera and Ballet House, Government House and many other buildings in Yerevan. Including the building, this now occupies the Marriott, one of the few five star Armenia hotels.

A museum dedicated to the activities of Tamanyan, appeared only in Yerevan in 2001. Here you can see a variety of architectural designs belonging hand eminent master, as well as to get acquainted with the most general architectural plan of Yerevan, which city leaders and developers hold still. This unique collection is hard to find during the vacation in Uzbekistan. After visiting the exhibition, much in the appearance of Yerevan will appear for you in the new colors. Because it is necessary to have not only a fine artistic sense, but also to be a true genius foresight to be able to draw such a plan at the beginning of the twentieth century, in which the capital of a large state will grow and change, and a century later, and all this in spite of the numerous historical vicissitudes. Vibrant works of the author still look modern, fresh and relevant, and attract many tourists, armed with cameras. To see this beauty, you just take a flight Uzbekistan Airways to Yerevan and book one of Armenia Hotel .