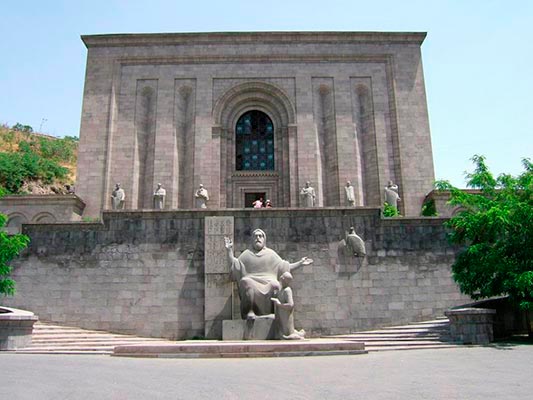 Matenadaran – this is not just a place to store the unique manuscripts and manuscripts, it is also the institution where unabated, there is intense research. Some walls are working at the same time linguists, textual, source studies, paleography, critics, historians, culture experts and other specialists. Some ancient works are translated into other languages, so that it was available and foreign experts. This applies particularly to those manuscripts which are translations of the original disappeared. Since the mid-twentieth century is published in the periodical “Herald of the Matenadaran” (or “Banber Matenadaran”), where, in addition to extensive scientific articles in Armenian, you can find a short synopsis in Russian and French.