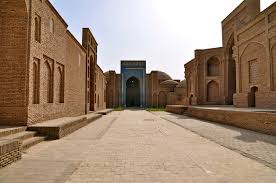 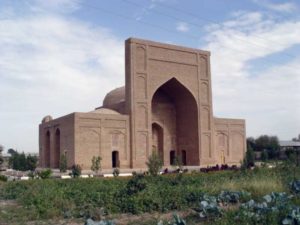 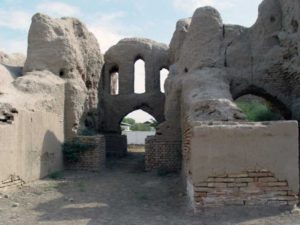 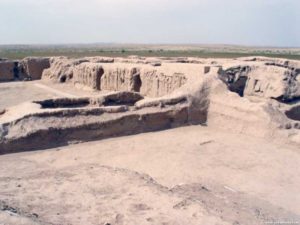 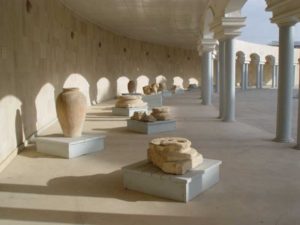 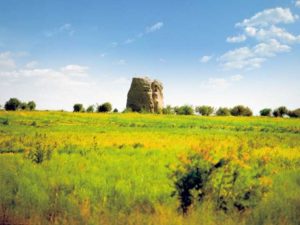 This city in the south most of Uzbekistan has many architectural and historical monuments and landmarks. According to some records, the oldest building was established in the 1 century BC during the Kushan Empire. Since that time Buddhism had spread through the city and reflected in its architecture, including the ancient building of Dalverzintepe, the old settlement location, Zurmala stupa and Karatepa Complex. Later, after the Islam dissemination on Central Asia, new buildings and structures appeared throughout the city, displaying the amazing craftsmanship of ancient architects. Fortress of Kyrk-Kyz, Khanqah monastery, Kukildor-Ota, Mausoleum of Khakim-at-Termezi and Sultan Saodat architectural ensemble are the most known tours in Uzbekistan and esteemed by all Muslims places.

Sultan Saodat complex includes mausoleum, khanaqah and mosque, connected with vaulted threshold. Although, not all premises remained after original complex, some buildings were constructed at later time and decorated in the same style as the main ensemble. These buildings of burnt bricks skillfully decorated with herringbone patterns, buttons, flowers and geometrical shapes. The side walls have different entrances for mosque and mausoleum with headstones and alcoves along the walls.

Not in vain this settlement site is worth seeing by tourists and scientists. As Dalverzintepe is a real historical treasury house, everybody can find some interesting, curious and inspiring objects here.  Skilful jewelers left here beautiful earrings, necklaces, rings and bracelets, made from gold and silver. Buddhist brought here their extraordinary and mysterious sanctuaries and temples. Other people left romantic, interesting and enlightening legends after them. Anyway, this ancient place with rich history and archeology is attractive object for sightseeing.

This architectural monument of ancient kingdom period is in the minor village near the city. The architect Ali ibn Muhammad left his name on minaret and in the history. The building, from the first planned like 40 meters, was established in 1108 AD. Nowadays, the scientists and architects do not know what’s gone wrong, but they suggest that the construction was destroyed or not completed.

This ancient building was established in the village near the city as a summer residence of local ruler. The fortress was built by best architects and craftsmen of that time, but their names are not known today. Although, the bigger part of this ancient fortress was destroyed by time and weather conditions, travelers and tourists can still see the remained arches and some parts of construction with colorful paint and patterns.

This distinctive black hills complex was built on sand hills of old settlement near the ancient city. Originally, it contained some Buddhist temples and monasteries and was the cultural center of old city inhabitants. The numerous constructions were built of packed clay and airbricks, but some caves were just dug out of sandstone. The complex area is several hectares of side hills with caves and other buildings in the ground.

This mausoleum on a river shore is a burial place of great scientist and Sufi theorist Abu Abdullah ibn Hassan ibn Bashir. The tourists will be able to see the sheik’s mausoleum with blue cupolas from the settlement site, which is near the old city. The tomb of ancient ruler is a real architectural masterpiece, built by skillful craftsmen of that period.  Today, the vault is restored and appeared as the main tourist attraction travel central Asia of old town Termez.

This stupa has burial mound shape and represents Buddha’s death and enlightenment after revival or nirvana. In earlier times, people, who confessed Buddhism, believed that stupas were god’s houses, where pieces of clothes and Buddha`s remains, including the hair and other relics, were arranged in square boxes.

This museum in the old city of Termez was established with the purpose to honor the anniversary of city and show ancient remnants, found by scientists.

The rich collection of exponents includes paintings, objects of lifestyle, ancient coins, sculptures and other things, having historical value. The museum has educational and scientific departments with friendly personnel, which provides tours in different languages.

This complex near the old city of Termez was established in early 60`s by Uzbek archaeological. The place got its name after a great scientist Fayazova, the founder of local museum, who studied this site for many years and contributed to other archeologists with her knowledge and experience. The ancient monument is a multiple complex, consisting of Buddhist temples and monastery.

This Hanaka is popular place to visit among tourists during Uzbekistan travel and the most outstanding building in central Asia. The frontispiece is decorated with colorful fascinating drawings, but the elevation of this building point on reconstruction of Hanaka in 15 century period.