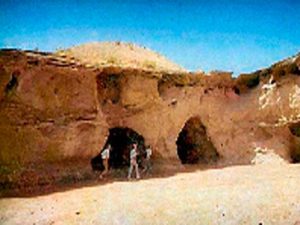 Nearly twenty-five thousand people live in the southern city of Uzbekistan. Locality situated on the banks of Sherabad, hides a lot of cultural and archaeological mysteries. This fact here attracts hundreds of tourists every year who want to touch his riddles.

Available results of numerous studies allow a high degree of certainty say that this complex can tell a lot about the historical period that grips nearly two millennia before our era. International and domestic archaeologists have found there are three different cultural centers belonging to the Bronze Age:

In these settlements, compact placed on the banks of the turbulent river Sherabad were made ​​numerous archaeological discoveries:

More than three thousand ancient tools, made ​​of stone;

In summary it can be said that the southern part of Uzbekistan keeps a lot more ethnographic monuments, architecture and culture. Who wishes to get acquainted with the rich culture of Central Asia should be sent to it here.