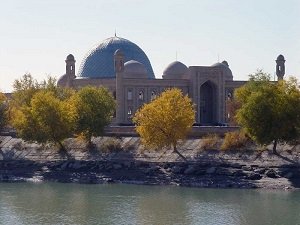 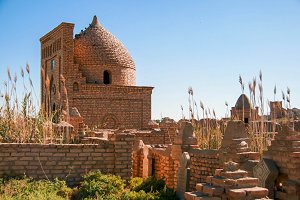 Nukus is the cutting-edge Uzbek city, situated in the republic Karakalpakistan, nearby the southern shore of the Aral Sea.

In 1932, the city managed to attain its official status, and presumably in seven years, was proclaimed to be the Karakalpak’s capital. From all sides, Nukus is encompassed by solitude deserts. They are black sandy Karakum, red sandy Kizilkum, and Ustyurt plateau, a wild desert intermixed, with clay and sand. Yet, there’s one more desert-Aralkum or Akkum, covered by white sand, the result of salty Aral sea evaporation.

In accordance with the point of view of uzbek travelers, Nukus is a rather immature town, nevertheless the ancestry of the land where it is located is enthralling, extending throughout the centuries. Right on the location of modern Nukus, there used to stand an archaic town Shurcha, later transformed into an urban type settlement. On the grounds of the first record, it was intended as fortification, protecting a frontier of the hoary Khoresm. Not a few remnants of walls remained to our days and have a decent chronicle value. Nukus is not too abundant in authentic, architectural landmarks. Mostly famous, at the same time remarkable sight is the Karakalpakistan State Art Museum named in honor of Igor Vitalevich Savitsky, the founder of exciting Hall of Arts. It is also considered to be known as Nukus Museum or, the desert studio, that amazes tourists, various artists and heads of different States worldwide. Majority of leading workmanship critics, experts of global arts are intrigued by the wonderful collection of floor coverings, costumes, trappings, and other works of art.

Savitsky as a student of Moscow Art Institute, was evacuated to Central Asia during the World War II. He had a great passion in archeology, ethnography and ancient culture of the region and collected drawings and paintings of artists derived from Central Asia. Fascinated by the culture of the local people he no longer could think of leaving this place and dedicated his life to Karakalpakstan.

The museum was established in 1966, and called by experts as one of the most outstanding museums of the world and prevalent among Central Asia tours recommended. However, the collection had to be stored in seven small rooms waiting for creation of the museum for about twenty years. The whole building consists of three sections. Each section is intended for a different class of arts, according to their age and origin. There are exhibited plenties of ancient and medieval handiwork of folks living in Khorezm area, thousands of artifacts, textiles, jewelry, sculptures and great many of others. The Art repository is home of archeological objects as well, telling about historical facts of eldest Khorezm, motherland of “Avesta”, the articles revealing us the bonds of Khorezmians with the Orient and Occident worlds. Zoroastrian terracotta statuettes of goddess of fertility — Anakhita, vessels with relics of dead fossils, bronze lamps, sets of pottery, neverending quantity of other unique items complement expositions of the museum.

In addition, you are also able to enjoy another amazing attraction in the State Museum, incorporated in Uzbek tour package — the collection of scarce benthos species, inhabiting Aral Sea.