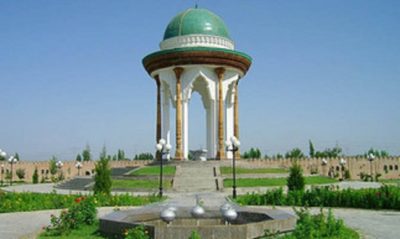 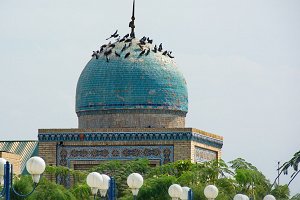 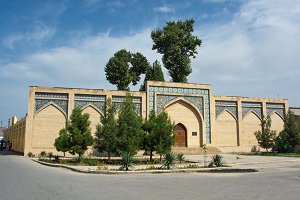 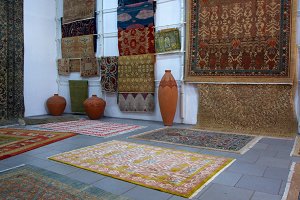 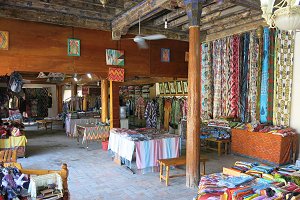 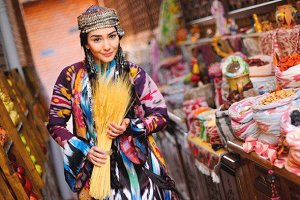 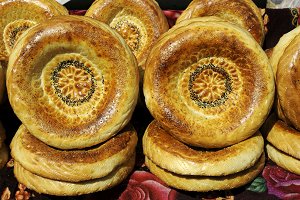 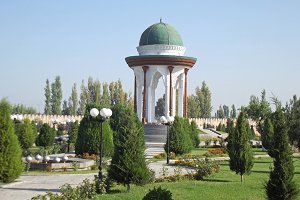 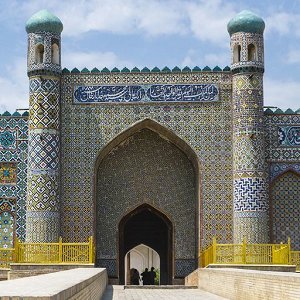 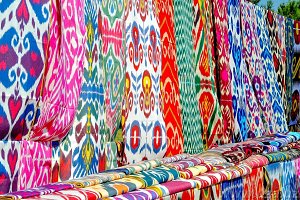 The centre of handmade silk production in Uzbekistan.

Margilan is an ancient city of Uzbekistan and vastly recomended by Silk road tour agencies, situated in the southern part of the Fergana Valley, in about 12 km from Fergana, the administrative centre of the region. The city with the history of more than 2000 years, was an important point on the Great Silk Road, as it was an intersection of ancient caravan trade routes, going all across the Fergana valley. Even today, the city is famous for its high quality silk manufacturing and also known as the ‘silk heart’ of Uzbekistan. Silk fabrics have been in great demand in the Euro-Asian countries in all times, so formerly, generations of skilled craftsmen obtained the fine threads of the silkworm cocoons for producing marvelous fabrics, such as adras, khan atlas referred as royal silk, using a manual method of ancient innovations.

Since the peak of activity on the Silk Road, up to our times, the most fascinating Margilan silk of fine texture has been exported to different countries worldwide, including Germany, Iran, India, Russia, Korea and many others. The famous designers, undoubtedly, use Margilan silk in order of preference.

Moreover, Margilan is well known for its unique architectural landmarks representing national heritage, a basic attraction for Silk road travelers. One of the oldest among monuments is the architectural complex of Pir Sadyq that includes a mausoleum, a minaret and a dovecote. Another historical attraction is the Mausoleum of Khoja Magiz built, in the beginning of the 18th century during the reign of Kokand khans and became the most regular place of pilgrimage. Said Ahmad

Margilan attractions and spots to visit:

The Said Akhmad-Khoja Madrasah was built at the end of the 19th century and is comparable in form to other structures of that period in the Fergana Valley. Basically, the madrasah is the complex itself, consisting of a hall and ayvan. The facade, encompassed by a reinforced wall with separate arches, combines both oriental and European styles. The square yard occupied by the mosque constructed in a type of the eastern architecture design. Two-lane wooden frames made the interior space of the mosque look visually expanded. The Madrasah is still functional and available for tourists to attend, while Islamic believers come here to study the Koran and Hadith.

Not many architectural buildings of Margilan have endured frequent earthquakes which demolished the whole cities. One of them is Chakar Mosque, a remarkable attraction built on a place of the previously ruined building of an ancient religious culture. It comprised two more mosques for summer and winter attendances, but only summer section preserved its existence up to date. The colourway of decorative compositions deserves the utmost of admiration. The ceiling has astonishing paintings dissected into rectangular beams in which you can see the vases with beautiful flowers.

Another sight is the mosque called TORON-BAZAAR, built in the late 19th century near the city market. Unlike other buildings in Asia, this building has rather a simple decor, though it cannot be said about the vastness of its cultural value. Later, approximately in 1936 this historical monument was restored and became a House of farmers.

Pir Siddiq Complex, an object planned by tour package, was built in the middle of the 19th century, consisting of a mosque, minaret, courtyard with a tomb, and dovecote. The name Pir Siddiq itself emerged from the name of some Pir Siddiq the Saint, conceivably known as a spiritual mentor of famous fakikhm-Imam al Marghinani Burkhanuddin (1118-1197). In the courtyard decorated with angled columns there is the mausoleum, where the saint Pierre Siddiq was buried. A legend tells how the pigeons from the dovecote saved this mosque: the saint Pir Siddiq escaping from hostile invaders had hidden in a cave in which pigeons blocked the entrance by nesting all over the cave. The pursuers could only see the pigeons, peacefully sitting in their nests and decided to pass by without rifling, as no one could hide in there, otherwise the birds would not have been that calm. So the pigeons have saved the Saint. That is why the complex has the second name, “Dove-Hood” in translation.

Khodja Maggiz Mausoleum is the inestimable heritage of the Margilan city and the indispensable object of Muslim culture. As it is mentioned in the history the mausoleum was built in honour of Magiz Ibn Jabal-a military leader and disciple of the prophet Muhammad, the first preacher who established Islam in the domain of Fergana lands. The construction with beautiful forms and decorative elements of its facade hardly retained the destructive power of the earthquakes. It became a constant place of pilgrimage and a standout among the memorial buildings of Margilan.

The Silk Road contributed greatly to the improvement of silk manufacturing and weaving art in many Uzbek cities, and Margilan, certainly stands first on the list. Back in 7-8th centuries, after launching the process of silkworm cocoons breeding, the city had become the Silk capital of the Central Asia. Its factories have been producing the most exquisite silk fabrics, and handmade Khan-atlas remains demanded worldwide. Perhaps, “Yodgorlik” factory (which means “souvenir” in Uzbek), applying traditional methods, reveals the clues of silk production even now. At this factory there are also lots of souvenirs of the decorative art suggested to Silk road tourists, as well as acquaintance with national history of handcraft