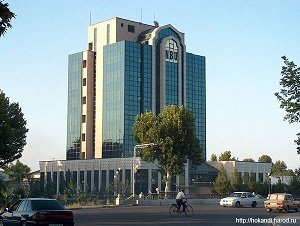 The city of Kokand is located in the Fergana Valley, in the eastern part of Uzbekistan. This city has been known since ancient times. In Kokand, many architectural monuments have been preserved, including the Khudoyar Khan Palace, madrasas, mosques and other significant buildings.

The first mentions of Kokand (Kavakend, Hovakend) as one of the cities of the Great Silk Road were in the 10th century. They said that Kavakend was a very beautiful and rich trading and handicraft city. The friendliness and hospitality of the Kokand population was also mentioned, as a result of which Kokand was also called Hvokand (pleasant). 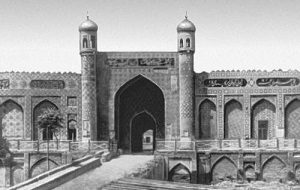 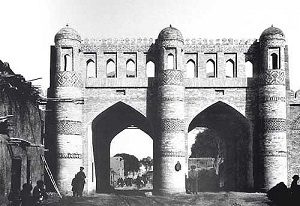 In the XIII century, Kokand suffered a Mongol raid and was destroyed. The restoration of the city began with the construction of the citadels of Eski Kurgan, Kalwak, Hokand Kurgan and Aktepe.

The next flourishing of Kokand began after the final restoration of the city in the XVIII century, when the Kokand Khanate was formed and the foundation of the Eski-Kurgan fortress was laid.

During the rule of Narbutabia (from 1770 to 1800) infrastructure was established and the well-being of the people was improved, which also contributed to the development of trade and craft cities.

Under the rule of the son of Narbutabia – Alimkhan (from 1801 to 1810), the territory of the Kokand Khanate was increased by the addition of new lands. There is also a division into administrative districts – viloyaty, in which hakim-managers are appointed.

Umarkhan, during his reign from 1810 to 1822, significantly strengthened the khan’s power and conducted a monetary reform, as a result of which the production of copper money, silver tanga and gold tillo began. The construction of the Ak-mosque fortress also began. For the construction of the Jami Mosque in Kokand in 1818, Umarkhan was given the title “Lord of the Faithful” – Amir-ul-Muslim. At the same time, the flowering of culture and art. The literary environment, which includes such famous poets as Nizami, Amiri, Zavka, Gulkhani, Makhmur, Dilshodi Barno, Fazli and Uvaysi, is flourishing. Also receive their development architecture and craft production.

During the reign of Mohammed Alikhan (from 1822 to 1841), the foothills of Alay and Karatygin were joined to the Kokand khanate. As a result of the campaigns on Kashgar, the Chinese were forced to allow the collection of duties in Kashgar, for which Muhammad Alikhan was given the religious title “gazi”. 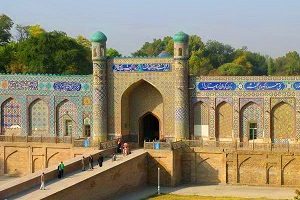 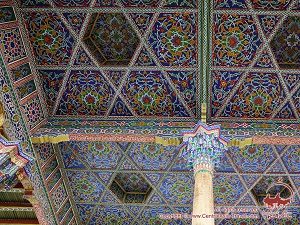 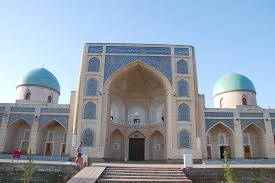 As a result of the conquest of Kokand and the execution of Mohammed Alikhan, his brother Sultan Mahmud Khan and their mother, the famous poetess Nadira, the Kokand khanate joins Bukhara. Three months later, an uprising began in Kokand, after which the borders of the Kokand Khanate were restored.

During his reign (from 1845 to 1876), Khudoyar Khan introduced many new levies and taxes. Under him, the construction of mosques, guzars, madrasas, as well as the Palace of the ruler. Due to the large number of madrasahs and mosques, Kokand became the religious center of the Fergana Valley.

In the late 1840s, Russia began its advancement into Central Asia. As a result of the conquest and suppression of the uprising in 1876, the Russian government abolished the Kokand khanate, and, transforming its territory into the Fergana region, introduced it into the Turkestan general governorship.

In our time, the government of Uzbekistan is carrying out continuous work on the preservation of historical monuments.

Agency “ELITE TOURS” organizes various tours in Uzbekistan. Thanks to the Uzbek airlines, cheap tours and pre-booked rooms in hotels in Uzbekistan, anyone can get trips and plunge into history by visiting the archaeological and historical tours of the cities of Uzbekistan. 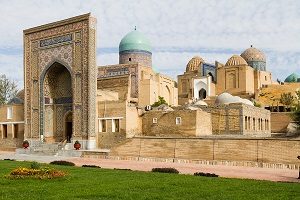 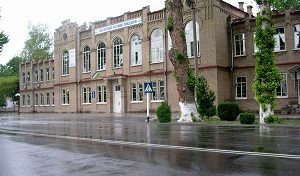 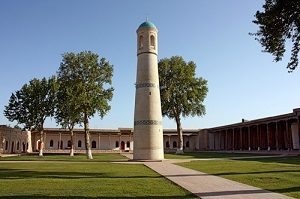