The pearl of Asia – Fergana is a relatively young city in the region: the year of its foundation is considered to be 1876. Despite this, the capital of the Fergana Valley managed to change several names – New Margilan and Skobelev – and returned to its former name. There are no old medieval buildings. Fergana has a distinctive feature – clear layout and a pronounced center, which is still developing on the fertile land of Uzbekistan 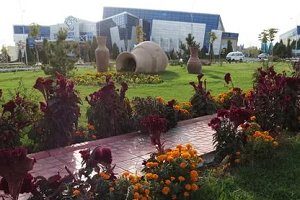 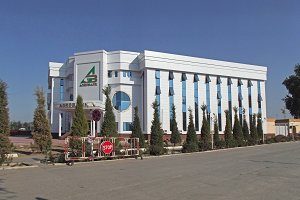 The architecture of the city is similar to a perfectly modeled wheel: the center, which is a fortress, and the spokes of numerous streets departing from it. The tsarist government left the greatest mark on these streets: this resulted mainly in the construction of official institutions such as the Governor’s House, now the regional theater, the Military Assembly – the officers’ house, the gymnasium for men – the administrative building of the Fergana University, the officer’s stable – the Fergana Central Prison, the post office and city ​​treasury. Then the Alexander Nevsky Cathedral, the Fergana Regional Museum of Local Lore and the Zhome Masjid mosque were built.

The attraction of Ferghana is that it is located at the gates of the paradise flowering garden – the Fergana Valley. This is an ideal starting point: great hotels, cinemas, parks, restaurants.

Hotels in Fergana are not so numerous, but this is not a minus. In those that are available to you will provide excellent service, comfortable accommodation and an individual approach. Three-star hotels are “Club 777” and “Asia Fergana”. 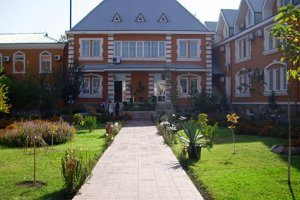 “Club 777” is a small private hotel, designed in an elegant style inherent in European business options. There is a cute patio with blooming flower beds, conifers and ornamental palm trees. In your free time you can visit the art salon, billiard room or a great hotel bar.

Asia Fergana is one of the ASIA hotels. This is a modern type hotel with a good calm atmosphere and delicious dishes in the restaurant.

“Ziyorat” is a fairly budget choice, but with an advantage in the central location, large rooms and balconies, even in “economy” rooms. Fargona and Dustlik are also economy class hotels with cozy rooms, friendly staff and an affordable price.

The choice of hotels in Fergana is not great, but this will not prevent you from having a good corporate trip or a trip to the cities of the charming East.