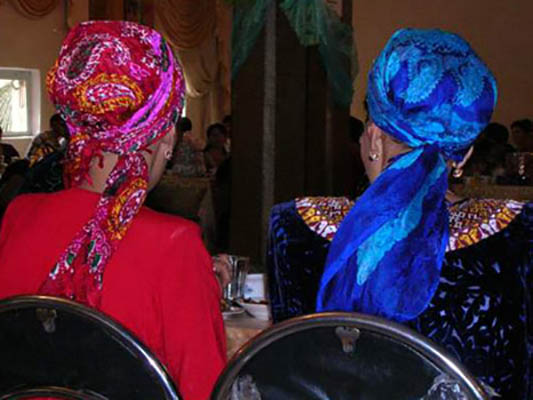 Customary Turkmen headscarf has long been more than just a women’s headgear. Each pattern, its size and even color had special meaning. It was given to newlyweds, used as gifts package, actually it could be gift itself. Head-scarf also utilized during native competitions, where men competed in agility, strength, skill. Winner became the one that will become able get hedscarf. Nowdays, such tournaments attract lot tourists, so almost every Turkmenistan tour operator is ready organize especial trip for everyone.

In conventional Turkmens rituals, each detail plays truly sacred role. If you are interested in an ethnographic jorney to Turkministan, you can easily see yourself thet here contemporaries honor past generations rites. For example, suppose someone goes toward any village, it easy witness traditienal wedlock ceremony. All neighbors carry honeymooner various presents: