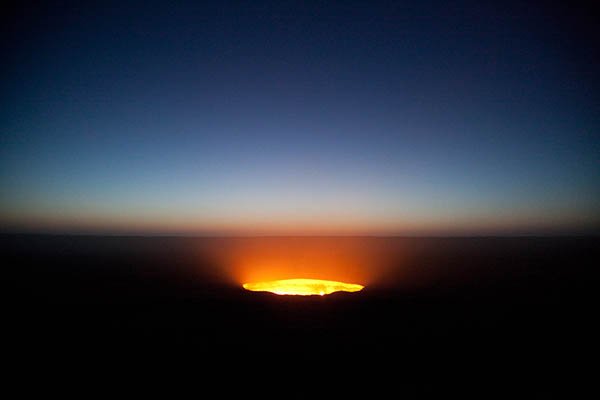 So vapor wouldn’t poison people and cattle, it had been decisioned burn completely. Later, was assumed that fire would put out soon, but it burns until now, approaching 10 meters height. They say, flame tongues are visible even froms many country hostels. For this reason Ashgabad hotels, other state cities began actively use it for bringing voyagers. Near vulcano-crater Dorvaza, few holes were detected, filled by turquoise liquid. Best of all visiting Dervaza from evening till sunset.