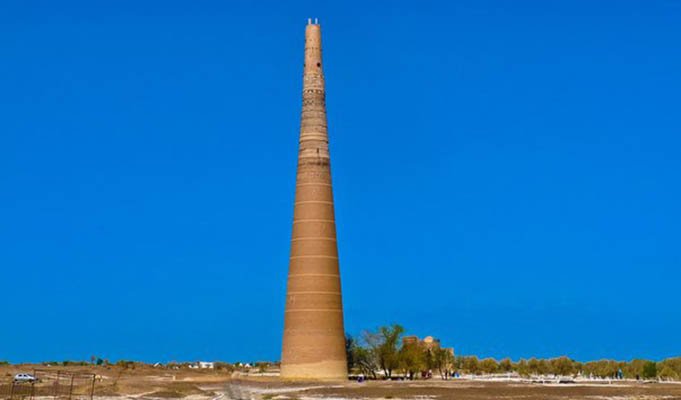 The upper part of the columns decorated with stylized stripes 18 with samples of national ornament. Also, there is an inscription art here is made ​​on the “kufi”. Some photos have helped to establish that many years ago had its own minaret lantern made ​​of precious wood. Architects tend to attribute it to the Iranian style. Unfortunately, several have taken place here fires destroyed the artifact.