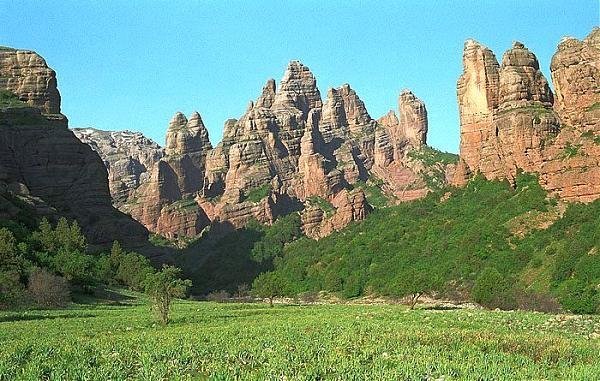 Tajik people are very hospitable, that is why the country is so wonderful to visit and travel in central asia. Tajikistan is stunningly beautiful dramatic and eye catching way.  The experience of visiting the marvelous and remarkable places of Tajikistan will never go by.

Pamir Highway is a way passing over the Pamir Mountains get across the other neighbouring countries. The only route traverses the difficult mountainous landscape and this is the primary delivery route to Tajikistan’s autonomous region. Tourists and travelers take pleasure in the splendid view of lakes near the borders along highway.

The capital city Dushanbe, located at the inflowing of Varzob and Kofarnihon rivers.

Even though archaeological remnants have been discovered in this area in the 5 century, it seems like the city was a little village until 20 century. Arsenic, coal, and lead were mined thereabout the Nurek and Kulob cities permitting for the industrialization of Dushanbe. In the capital city among the other attractions travelers can find the Tajikistan national museum.

The Pamir mountains are not far from Afghanistan border. This is a mountain range formed by compound or node of the Himalayas, Karakoram and Kunlun ranges. The primary sources of income in this region are sheep herding and coal. The main attraction is Karakol lake.

Wakhan Valley is an extremely solid and mountainous part of the Karakoram and Pamir regions. The Wakhan was important for thousands years with reference to past events. It was conquered in the early part of the first century by Great Kushan and it was one of the principalities of  the core ofthe original Kushan kingdom. The Wakhan in Badakshan Province is very popular place to visit among travelers.

Isfara in Sughd Province is a city, located on the border with other republic. The first name was Asbaraand it was the oldest ancient town of Asia. In early centuries the town was a stoppage on the branch of the Silk Road. The old city was mentioned in historical books. Industrial companies of Isfara produce construction materials, electrical products, chemicals and other products. The city is famous for apricots and gardens.

Penjikent is a city with population of 33000 in the Sughd province. In early times it was a small town, known as the capital of Panch. The old town ruins are on the fringe of the preswent city, as it was an ancient town. The main construction materials were clay bricks, so only ruins left after an ancient town.

Yurt stays are used by nomads in the veldts as they are bent wood-framed and portable. Yurts have been in use for many centuries and the design hasn’t changed from the early times.

Istaravshan is the old city, existed for more than 2500 years. Located in the low hills of the range, an old city is a home for beautiful and well known madrassah and mosque. Travelers can visit the city from Khojand or from the capital city.

The area of Zeravshan is famous for mountainous landscapes and beautiful lakes, such as the Kulikalon lake, Iskanderkul lake, Alauddin lake and seven lakes. It receives water from the rivers, as it is disposed in the desert.

Fann Mountains are located between the Zeravshan Range and the Gissar Range in Tajikistan’s Sughd Province. Comparatively small area of the mountains implicates to develop such route, which gives the opportunity to visit the significant natural sights in the couple of weeks range. There are many lakes in the Fanns, but the most outstanding and best known is Iskanderkul lake.