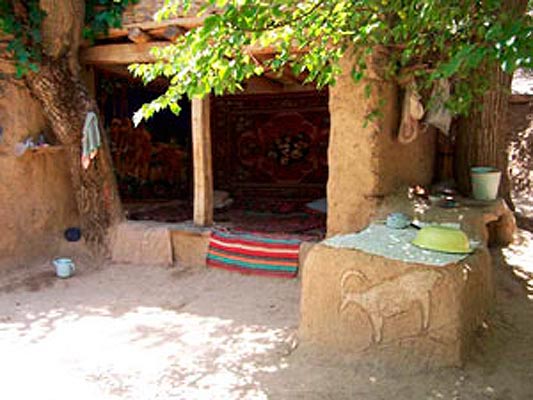 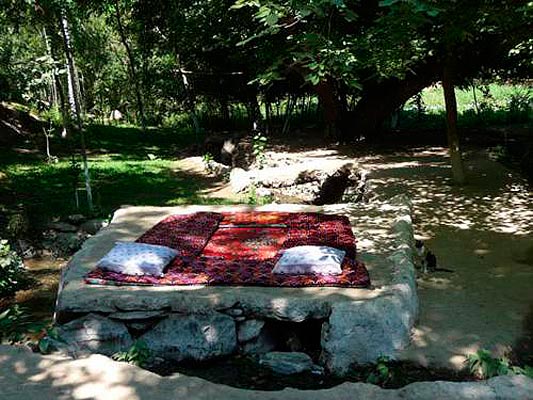 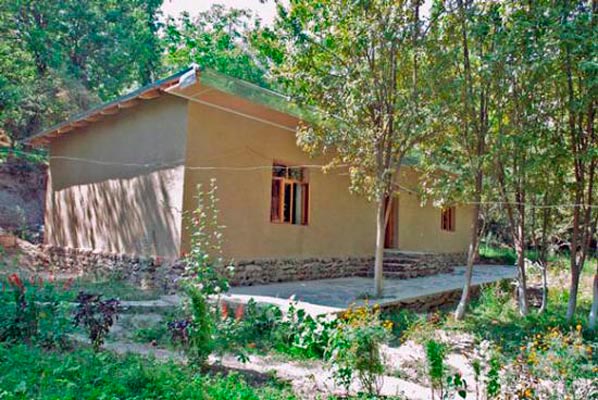 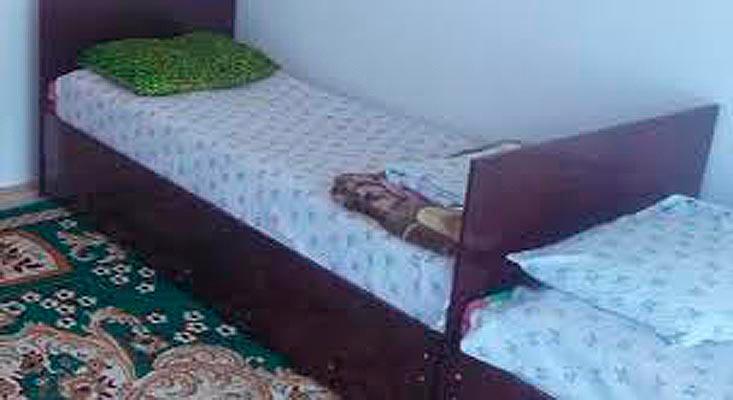 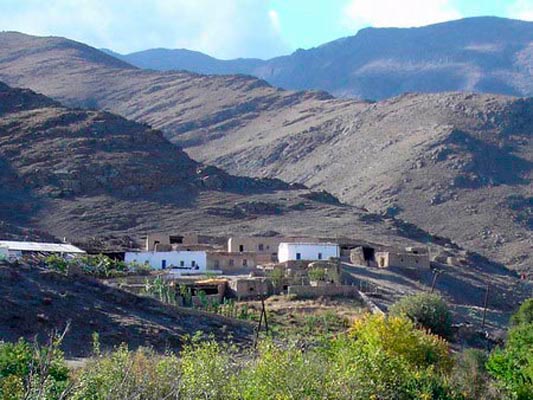 Upper Uhum is located in the Farish district of the Djizak region – it is the closest settlement to the Nuratau State Reserve. Roads end 2 km from the guest house, so you’ll have to walk. There are no rooms for guests, but there are four tourists for rest. This is a covered bench and two soups – small clay rooms without a front wall. You can sleep on kurpache only in late spring, summer and early autumn, when at night it is not very cold. Soon the owner of the garden will build a yurt.

In the courtyard you can use a simple shower and a toilet like a point. Do not forget that the house is not electrified, so the batteries of your devices need to be charged at the previous stop. Otherwise, you will have nothing to photograph and shoot the high-mountainous beauty of the Nurata Mountains, the distant peaks of the reserve and the river flowing near the garden. In addition, there is a great variety of birds in this area.

About two hundred meters from the site there is a sacred place called “Aulia”. Once upon a time there lived a Muslim priest – a hermit. Since then, on a plot of 1 hectare, about four springs have appeared, one of which flows through the territory of Anor.

Shavkat and Anora Shokirov with their children are courting the garden and vegetable garden, where a variety of vegetables and fruits for a hospitable table grow on fertile soil.

You can see local beauties with experienced guides – the head of the house or his son. Remember that you can not go into the reserve!