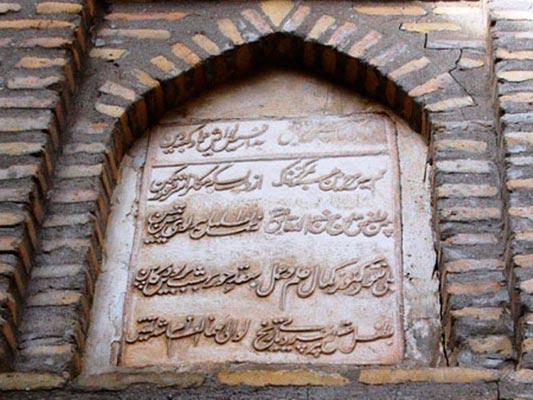 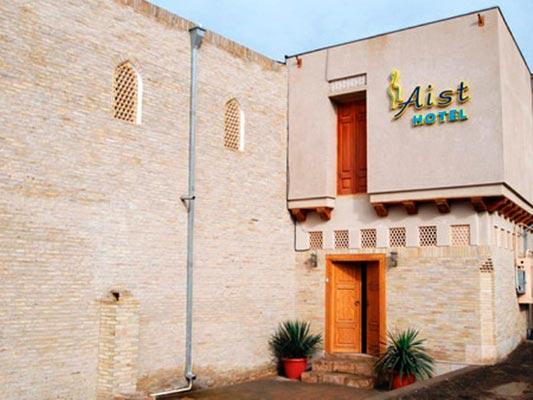 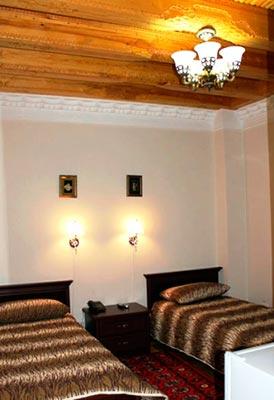 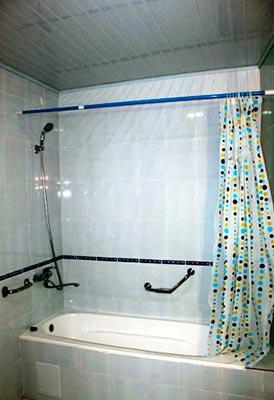 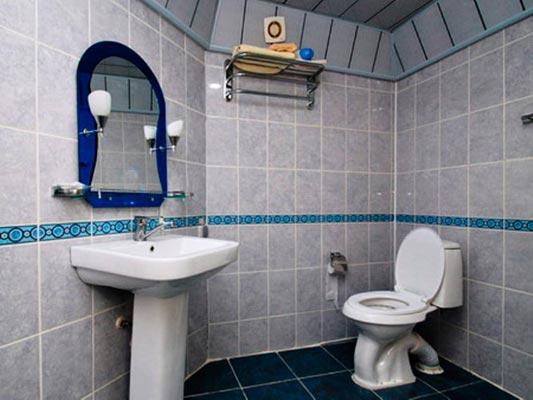 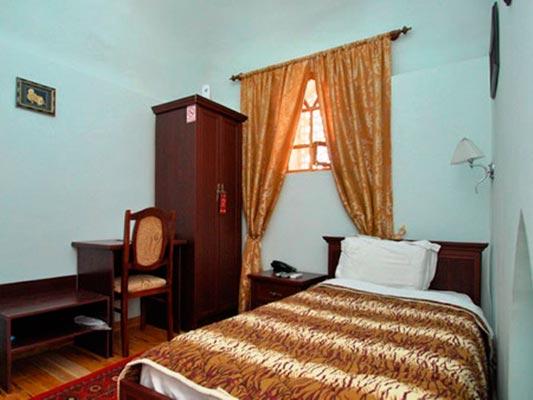 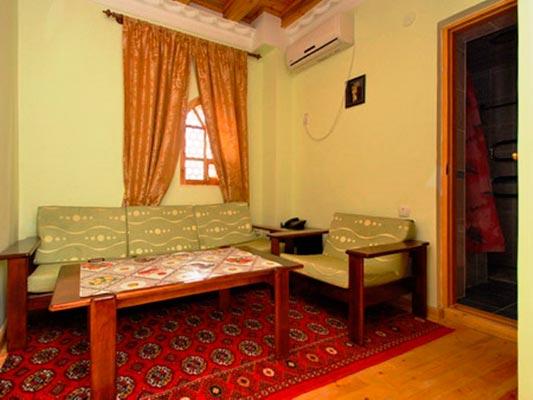 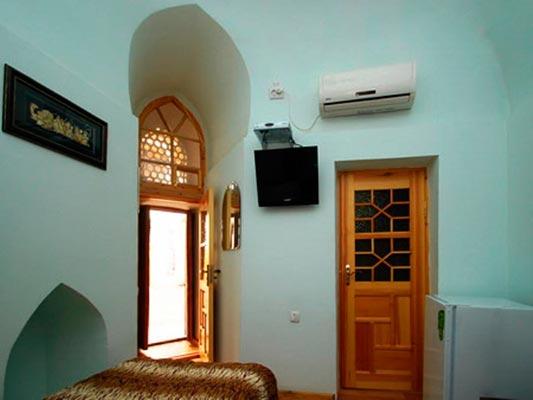 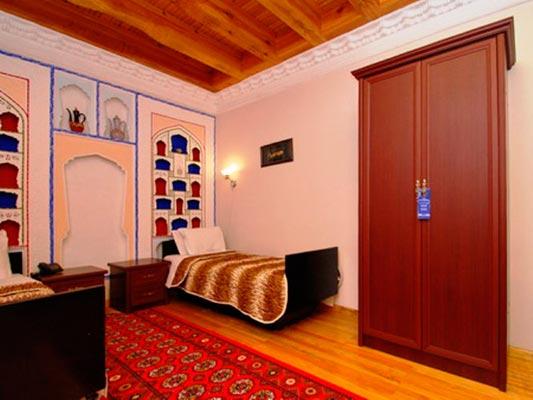 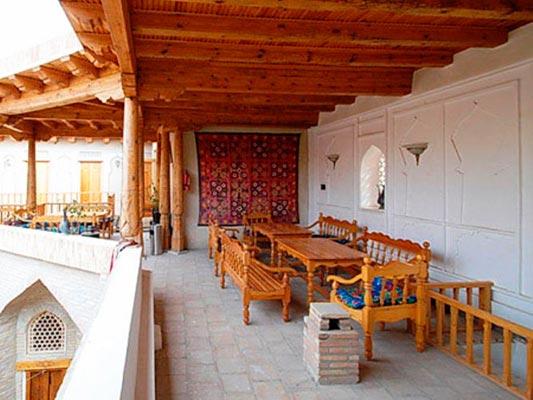 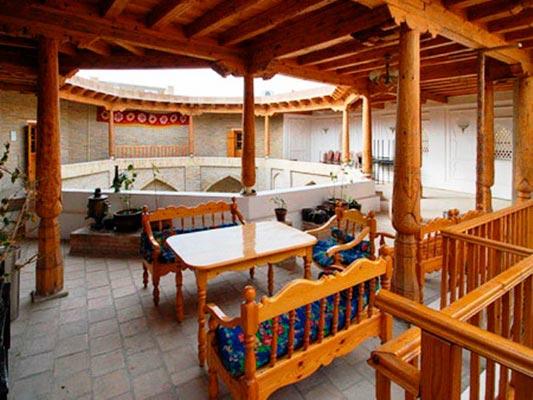 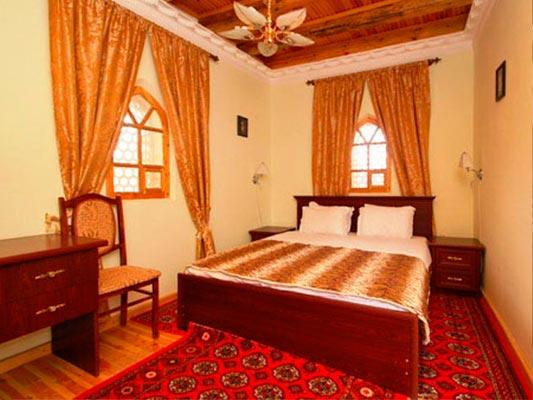 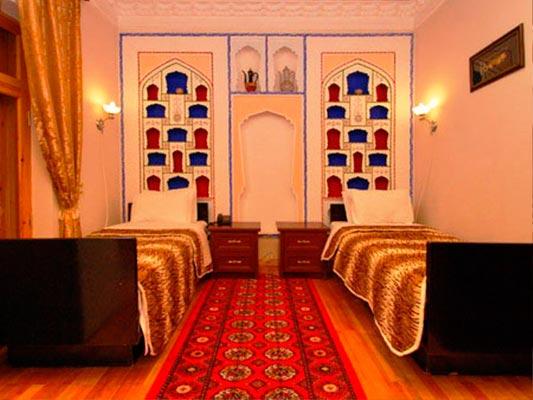 Lyabi Hauz is surrounded with hotels of different classes, but there is one which has unusual history. It is a small hotel Bukhara “Stork”. The feature is that, in the XIX century was not a hotel, and the madrasah-Alaf Alaf. Already in the XX century, it was renamed in Domla-Hasan, in honor of teacher of Hasan, who was the initiator of the institution building. In the second half of the century madrasah was closed. Already in this century the hotel was restored and turned into a hotel building, while modern rooms were built in the former cell. As you probably already noticed the rooms of hotel, as the previous cells are small, but have everything necessary for the living there. The idea of an old traditional design preserved: rooms decorated with carving, painted patterns, stored archways and vaulted ceilings. On the walls you can find arabic writings. The hotel has an inner courtyard and terrace for breakfast.
Here you can feel yourself like a student of madrassah: nothing pretentious, the Arabic inscriptions, narrow passages, a view of the ancient Lyabi-Hauz, low prices. Even the slippers are included in the room value. The rooms have quite a few unusual details: niches, embossed jugs, oriental patterns.
Hotel “Stork” although is similar at an ascetic house, but if you are staying here you get much more than at the usual westernized hotels. In addition, you will be able to boast that lived at the same time in the hotel and in the architectural monument of Bukhara.
+ (998 78) 150-66-77
info@elitetours.uz
https://eastroute.com