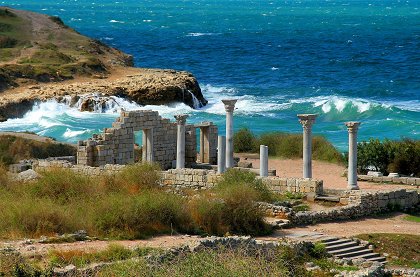 The history of the Great silk road began before our era. Around this caravan route States and settlements were born and died, conflicts and civil strife broke out, traders constantly had to look for non-dangerous ways to deliver their cargo safe and sound. One of these cases affected the development of the old Russian state. The caravans found a new way along the Caspian coast. So, on the territory of modern Russia began to appear large commercial cities.

On the territory of modern Sevastopol is a historical heritage – the ruins of the ancient city of Chersonesos, where during the Great silk road trade was in full swing. Fabrics made of silk, various spices and oils, household items and weapons, all this could be purchased in the trade markets of the beautiful ancient Greek policy.

In a tour of Russia, a visit to this place is mandatory, if only because there is the only ancient amphitheater in Russia and the CIS, as well as the city square laid down before our era. Being in these lands, you will definitely feel the spirit of the Great silk road. Ruins of protective walls and columns, wonderful ancient Greek amphorae, remains of towers will make you plunge into the atmosphere of bygone times.
Here, by the way, is St. Vladimir’s Cathedral. Legends and legends say that the baptism of Prince Vladimir took place at this place.

Tanais is another major trade center on the Great Silk road, located on the territory of Russia. At the mouth of the don river is the farm Nedvigovka – a Museum-reserve, where the ruins of Tanais, and you can see it, while on a tour of Russia. The city appeared long before the appearance of the Great silk road. The Museum has preserved dishes and household items, weapons and various clothing residents. Of the buildings preserved buildings connected to the defensive wall. The atmosphere is harmoniously complemented by ancient games that you can play while in the Museum.

The next city is Derbent.

It is a strategically important city for the silk road. The pass between the Caspian sea and the Caucasus mountains is blocked by the Derbent wall. With towers and gates, it served as a point where passing merchants paid a fee to cross the pass.
Naryn-Kala fortress with a carved Church in the rock, the famous and ancient Juma mosque, which, by the way, serves to the present day and the carpet Museum, which stores all kinds of overseas carpets and kitchen utensils of those times, all these historical monuments can be seen during a tour of Russia.

From Derbent caravan fell on the territory of what is now Astrakhan oblast. Lake Baskunchak is located in this area. During the Great silk road salt from the lake went to different countries, and the clay in these areas is not inferior to the mud of the Dead sea. 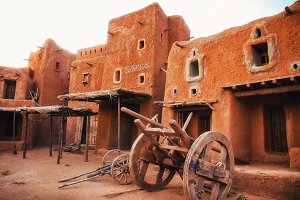 Saray Batu settlement was found and restored for the film “Horde”. The city found irrigation canals, water supply, many buildings that had to be restored, the Royal chamber, caravanserais. The film was shot, and the restored buildings remained. Now there are guided tours for tourists.

The great silk road is not only a trade route. A lot of cultural knowledge passed this way along with the caravan. One of the ways of the silk road passed in the lands of Volga Bulgaria. Its capital immediately became an important economic and trading point. The ancient Bulgars (the Bulgarians now) was the largest city on the coast of the Volga. In place of the dissolved state remained the brightest cultural monument: mosques, palaces, caravanserais, pottery. Several museums telling about the Bulgarian culture are located in the settlement. Going on a tour of Russia, include Bulgarians in the list of mandatory places to visit. Here you can bake bread with your own hands according to ancient recipes, look at ancient coins, touch fabrics and weapons exhibits, as well as get acquainted with the ancient writing. 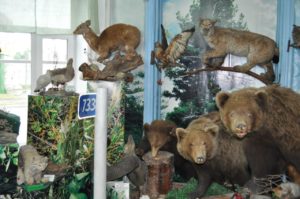 Next, Altai Krai. In these places, very revered ancient traditions, so you can get to the competition, which is held Biysk, modeling dumplings. It is believed that dumplings unite all Nations of the world.
In addition to the delicious activities, it is a Museum, which includes jewelry made of amber, ancient coins and bas-relief with the image of Hercules, such monuments as the king’s mound and the Denisova cave.

The great silk road is a huge asset, a link with the past. With its help, a lot of historical knowledge, customs and traditions of cultures, inventions, recipes and much more were transferred. The idea of the “New Silk road” lives and develops. The first steps have already been taken to create a global transport system : the first trains from China to Western Europe, via Russia.