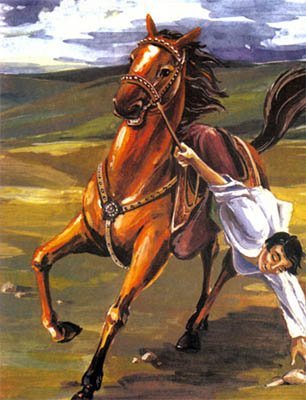 Some national games of the people of Central Asia have the general roots. For example, the competition Alou’s Koumiss meets practically in all Central Asian republics. A main objective of this action is check dexterity and speeds of participants. Sitting on a fast racer, players have to collect as fast as possible the coins scattered on the earth. At the same time the Dzhigit has to operate skillfully a horse, practising also in flexibility of the body. These competitions were held various level of complexity, depending on a specific goal and experience of equestrians. For example, in the field could be from one to two tens coins which needed to be collected. Was considered that the game Alou’s Koumiss helped to choose the most dexterous Dzhigit not only in a sort, but also in all the region.