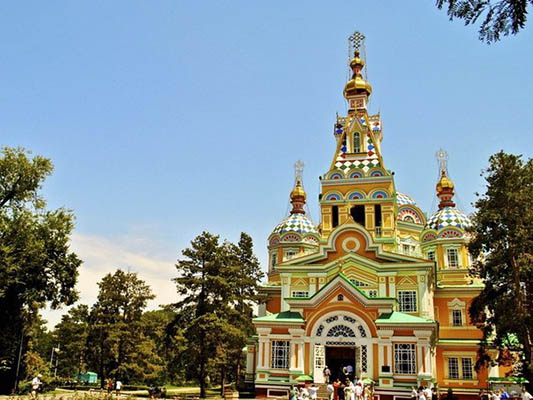 Near many hotels of Kazakhstan the rare and unique construction in these latitudes, the unexpected island of pastoral Russia among dramatic spurs of mountains is built up, it is the Zenkovsky Cathedral bearing a name cathedral. Around magnificently emerald greens of the Panfilovsky park which the name goes back to a great feat of the heroes who won fame in the years of World War II curl. The building could endure many perturbations and stand in bright storms of the twentieth century. Neither earthquakes, nor grandiose reorganization in the first decades of the power of councils, touched it. The construction which can be ranked as the category of the oldest in Almaty was built only from a tree without uniform gram of iron, that is nailing. Now the temple works, and earlier the Historical museum, and also the Cultural center found the shelter in these arches. Tour operators of Kazakhstan enter this sight in the list of those which should be examined.