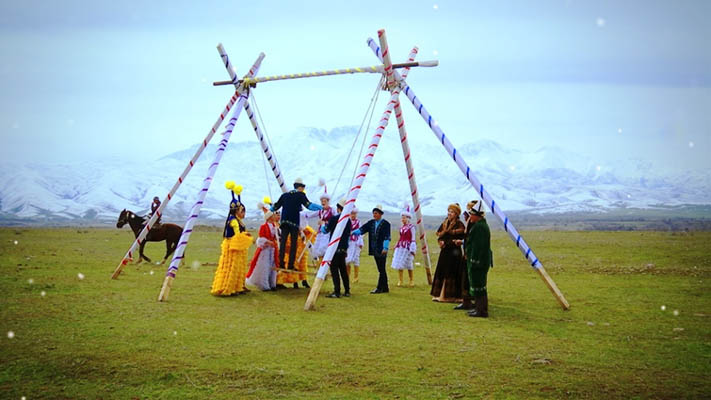 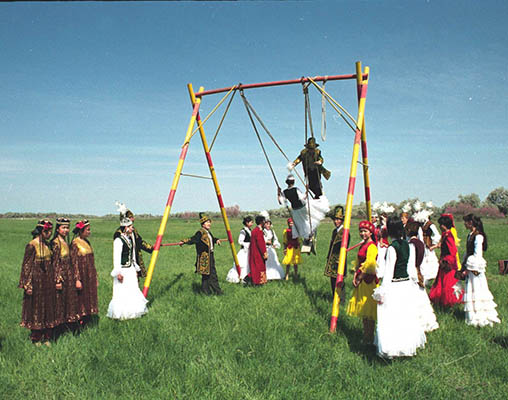 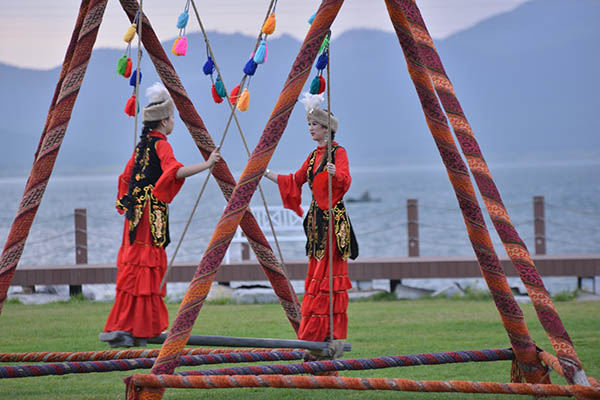 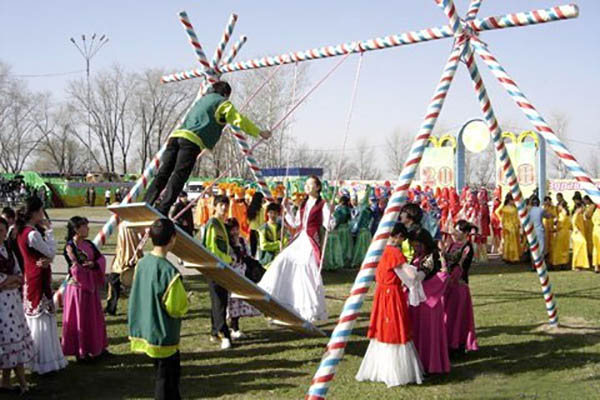 The national game Altybakan which name can be translated approximately as “six columns” was held to time of a wedding ceremony. This huge swing created by means of the basis including six columns. Each of these columns was connected with others by means of the strong rope tied to their ends. Over columns the big cross pole from the place for fastenings was mounted.

The fastenings placed on a cross pole were used for fixing of seats and legs. Driving always took place in the evening when young people were in pairs shaken on Altybakana. At the same time some could begin the fervent song which the others at once picked up. Sometimes in qualities of accompaniment the dombra was used.