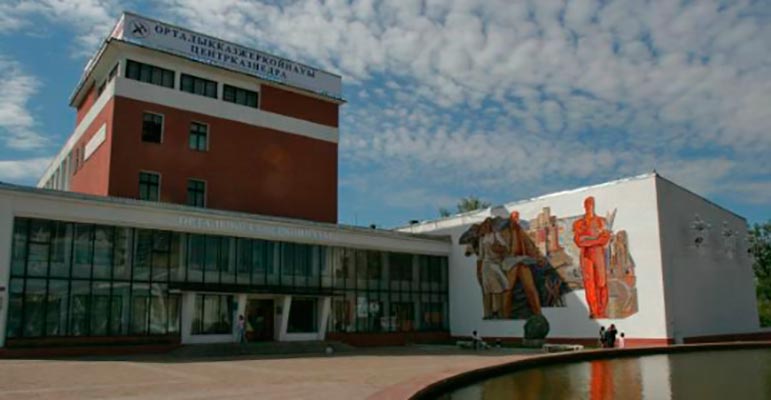 Kazakh nature has always attracted the attention of not only poets and artists who created masterpieces of unbelievable beauty, inspired by its beauty, but also natural scientists. The result of numerous biological studies was the National Ecological Museum, which opened in 1995 in the city of Karaganda. In just a few years this museum, where every tour operator in Kazakhstan is ready to organize an excursion, has taken leading positions among similar museums of the CIS countries.

The main goal of the museum is to accumulate knowledge and increase the country’s natural diversity. Do not forget in the museum and the need for educational work among young people. For example, there is an environmental information center in the museum. Every year, the museum organizes courses for young nature lovers, thanks to which more and more students learn about the need for a careful attitude to nature.

A separate place in the research activities of the museum is occupied by all sorts of environmental problems of Baikonur, a nuclear waste site, and so on. The museum staff is doing everything possible not only to minimize the consequences of the destructive impact of humans on the environment, but also to study the ability of nature to deal with such types of pollution. That is why many Astana news begins with materials telling about the achievements of scientists.

The National Ecological Museum also conducts educational courses for agricultural workers. Thanks to this, the national farmers were able to use advanced technologies.

Thanks to the well-coordinated work of the museum staff, the Kazakh tourism, as well as tourism in Uzbekistan, began to move even more towards environmentally friendly.