Astana is the capital of the Kazakh Republic 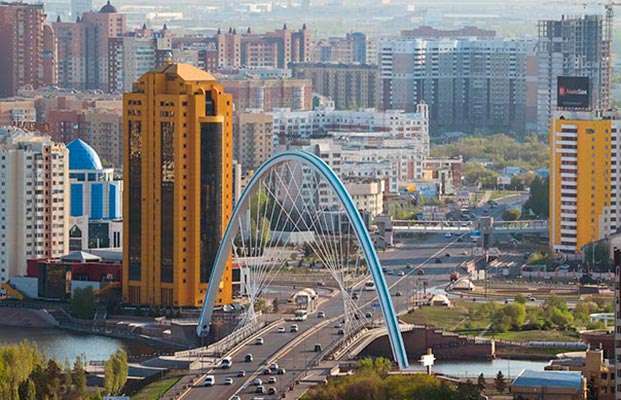 Astana is the capital of the Kazakh Republic

Many domestic and foreign experts call this country one of the fastest growing in the region. One of the clearest examples is the capital of the country – Astana, which arose in record time in the middle of the desert. The city is located on one of the banks of the Isha River, in the place where it joins the Nura River. The city of Astana owes its appearance to the head of state, who in 1997 signed a fateful decision. According to the adopted document, the capital of the country was to move from the southern part of Kazakhstan to the central part.

The transfer of the state capital was well thought out

The use of modern technology in construction has allowed to implement the project in just a few years. After that, the new city became not just the capital of the country, but the cultural, social, economic and political heart of Kazakhstan. Experts note that the very idea of ​​moving the capital to a new place was dictated by a number of circumstances:

The last point deserves special attention. Numerous archaeological surveys have shown that on the site of the new capital there are a great many different historical artifacts belonging to different eras:

The beginning of the Iron Age;

Scientists explain such an abundance of objects of historical and cultural heritage by the fact that Astana was built at a place where numerous trade routes stretching from Europe to Central Asia intersected. That is why the fans of antiquity must immediately issue last minute trips to Kazakhstan in order to see it all themselves. You can also take a comprehensive tour, for example, rest in Uzbekistan and Kazakhstan.

The history of the city is full of interesting facts.

As a result of active research, it was possible to establish that the history of the new capital of Kazakhstan began in the distant 1830. It was at this time that the Russian Empire annexed a large part of the territory of modern Kazakhstan. The Cossack village “Akmola” became the first settlement on the occupied territory. Over time, the fortification has become a full-fledged settlement, which has become one of the cultural, economic and political centers of the region.

With the beginning of industrial transformations, the city began to be called Akmola, and then – Tselinograd. After the collapse of the USSR, the local authorities decided to return the historic name Akmola to the locality. Only in the mid-nineties of the last century, Astana received its current name.

Systematic development of the city

Today, the territory of the city is about seven hundred square kilometers. Sociologists note that a positive migration increase is observed in the city at the expense of residents of various regions of Kazakhstan. According to the official data of the last census, the national composition of Astana is as follows:

As of today, the most effective sectors of the national economy include:

The city is literally surrounded by major highways connecting Astana not only with other countries, but also with other settlements of the country. In the immediate vicinity of the Kazakh capital is a multi-international airport, so the national Kazakh airlines without any problems take you to any part of the world. Accelerated the development of the capital region in 2002, obtaining the status of a “free economic zone”, thanks to which they managed to attract large investments here, thus creating new jobs.

The architectural appearance of the Kazakh capital

The active development of the city is impossible to imagine without a high-quality social and commercial infrastructure. The competition for the right to build in Astana, held by local authorities, won one of the leading figures of the global architectural industry, Keysho Kurokawa. Modernity, tradition, space, convenience – this is an incomplete list of those characteristics that were the basis of the architectural design of the city.