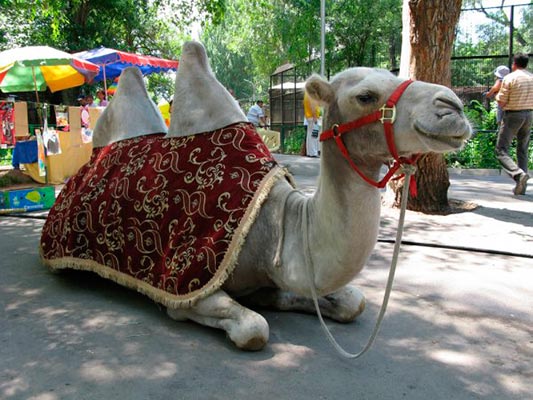 The large cities in many countries of the world try to get own zoo as a great way of attraction of bigger number of tourists. One of such checked ways is the zoo opened in 1959 in Almaty.

The zoo is glad to guests daily from 10 to 18 o’clock. Local authorities took care of that the tourists arriving in the country had an opportunity quickly to reach here, having used services of public transport. For example, if you to Almaty are brought by the railroad or the Uzbek airlines, you without any problem will reach to a zoo by the taxi or the bus.

History of creation and development of a zoo

Preparation for opening of a zoo began long before 1959. In the foothills Kok-tobe national experts in the field of zoology opened in 1937 the first scientific park where it was planned to research different types of animals and birds and also preservation of their population. Especially for it scientists divided a zoo into several thematic segments:

For all the time of existence of a zoo its collection increased almost up to five hundred species of various birds and animals. Nearly 45% of all inhabitants of a zoo were included as in the national, and international Red List. For this reason many tourists choose rest to Uzbekistan and in Kazakhstan for the sake of an opportunity to visit some of the most extensive zoological reservations in the region. Among inhabitants of a zoo it is possible to meet:

For each look presented in a zoo necessary comfortable conditions are created. High professionalism of employees of a zoo was estimated long ago in many countries of the world where the zoo transferred many valuable animals and birds for the purpose of restoration of population.

The most popular place in a zoo is the Sea Aquarium complex. His creators took care of that in an interesting form guests could not only learn about many really rare sea inhabitants, but also get acquainted with them independently. The integration of all elements of a zoo does it by the excellent place for holding various educational excursions and just good family pastime. Thanks to it last-minute travel offers with a possibility of its visit are in permanent demand.