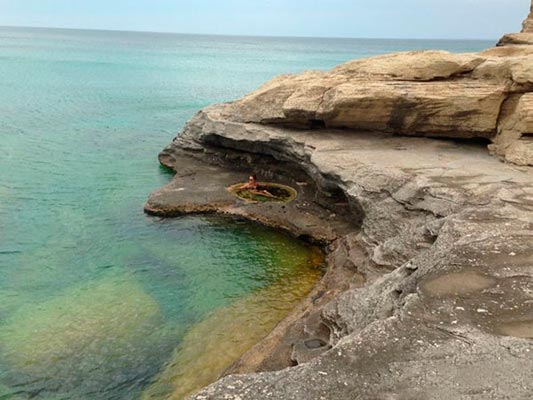 The area, located in the Western region of the country, was more than two thousand years ago, an important part of the Silk Road. In modern days, he became one of the popular country for tourists routes. Residents and visitors are constantly involve the magnificent scenery, numerous historical and cultural monuments located in the Mangistau. Also very popular are the objects of the Caspian coast.

Official statistics of the Kazakh tour operators tells us that it is a trip along the Great Silk Road arouse the greatest interest of tourists. The path of international traders began in the southern parts of the province, gradually moving in a northerly direction. Then the path is directed to the north-west, crossing Ustyurt and the famous gates Shetpina. In some places of the ancient route still today you can easily find the ruins of the once popular caravanserais:

Tourists who choose this route, have the opportunity to visit the sacred mountain Sherkala. Close to it you can find the ruins of the fortress, the construction of which the author made his own son nomad Genghis Khan. Fans really unusual architectural monuments, can draw his attention to numerous mosques, which were built under the ground, for example, Shakpak-Ata and Becket-Ata.