THE MEMORIAL COMPLEX OF BAHAUDDIN NAQSHBAND 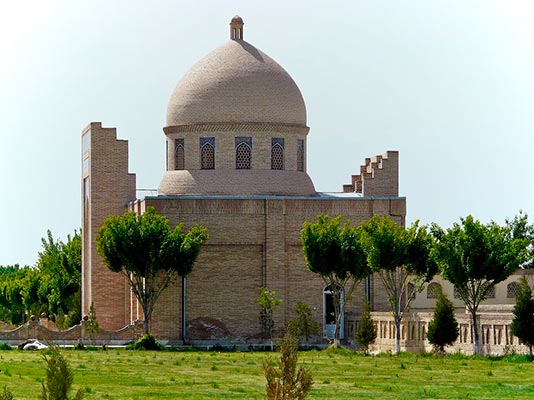 This historical and cultural complex is located 10km from the city of Bukhara. To get here, you need to move in a north-easterly direction towards the town of Kasri arifan. It is believed that the entire complex was formed more than five centuries, but its early history still remains a mystery to many. Multiple archaeological expedition revealed that in place permanently destroys buildings were built new.

Ancient burial Naqshband students was found in the western part of the historical and cultural complex. At the beginning of the sixteenth century around the complex, it was decided to build a special enclosure for graves and small abode. Over the next several centuries, the complex of Bahauddin constantly exposed to multiple reconstructions. Today, in contrast to the Soviet period, are actively held sacred event, attracting the attention of many pilgrims.

In order to maintain the historical building in good condition, there have been many restoration works in 1993, 2003, etc. Today the complex is actively developing a national center for the study of Sufism.