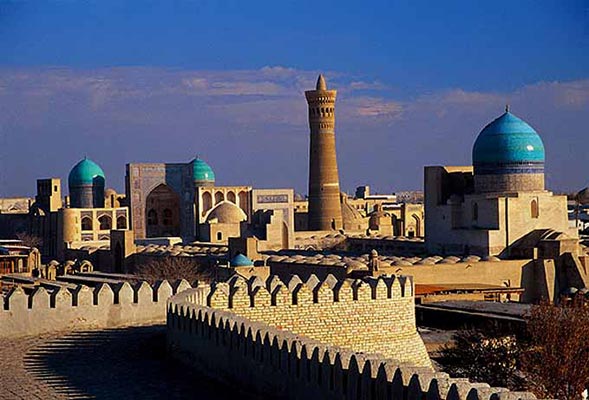 Sheikh Seif Boharzi, who was an apprentice of remarkable Khorezm Sufi Nadjim Qubro died in 1261. He decided to live and to preach in Bukhara, where was built famous “qubraviyyah” khanaka. Khan of Golden Horde Berke was converted into Islam religion by advice of Boharzi . In the middle ages of the 13th century Boharzi leaded Bukhara madrassah, which is founded by Ma’sud-beg, who was Muslim and Mongolian Minister. Boharzi was interred in Fatkhabad. At the end of 13th century the mausoleum above his tomb was built. Dome building of Khanaka was constructed about 600 years ago it had been functioning until the late of 18th century.