Registration
Travel in Uzbekistan and Central Asia > Tozabog: a summer palace of the rulers of Khiva

Tozabog: a summer palace of the rulers of Khiva 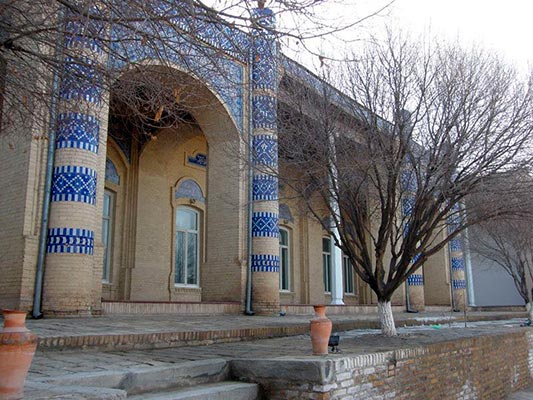 Travelers wishing to visit the famous summer residence of the rulers of Khiva have to cover just two kilometers away from Ichon Qala. The complex is located on the territory of just 0.5 hectares. A well-known palace in the country, built during the reign of Kungrad Dynasty is located here. Historical documents indicate that the residence was built in 1897. The main inspirer and sponsor of the building was Muhammad Rahimkhan II.

In 1864 he formally ascended the throne, becoming the eleventh ruler of the khanate. During the epoch of his reign a set of socially significant for the city buildings were constructed. His most famous creation is the madrasah of Muhammad Rahimkhan II. Without false modesty, we can say that it is the largest in Central Asia today.

The decision to build a summer palace was made by the ruler in 1897. Kibla Tozaborg became a palace complex, which included 3couryards each of which is of a different size. Each had its own 2-storey houses decorated with wooden columns. Also the couryards were equipped with cozy ayvans (terraces) used for the leisure of the ruler and the nobles who lived in the palace. In the vicinity of the palace there are several household buildings

Architectural features of courtyards of the summer residence

Scientists have spent a lot of time studying the set of archival documents. As a result of hard work they managed to find out that each courtyard had its own style.

In the central part of the first courtyard there is an artificial reservoir, built in the form of a fountain. On both sides of the fountain different flower beds are located. An official reception hall was also part of the first courtyard, decorated according to the rules of European style. Various documentary sources say that all the buildings in the courtyard had unusually large window openings that go beyond the traditional framework of oriental architecture;

The second courtyard, being in many respects similar to the third, had many buildings of economic purpose:

Each of these buildings has been made in the style that incorporates elements of European and Central Asian architecture. Architects engaged in a detailed study of the structure, emphasize that such a melting pot of different cultures was typical of the architecture of Bukhara in the nineteenth century.

The socio-political characteristics of the time

In those early years the Russian Empire had a complete control of Bukhara and Khiva. Despite this fact, the summer residence of the ruler managed to preserve a lot of traditional architectural features of the eastern countries. For example, the residence, built of baked bricks, is surrounded with many beautiful gardens, allowing even on the hottest day to find a corner of coolness.

The walls of the castle were decorated with ganch (stucco) carving followed by the application of gold leaf. Each door was made on a special request by the best masters of the Russian Empire.